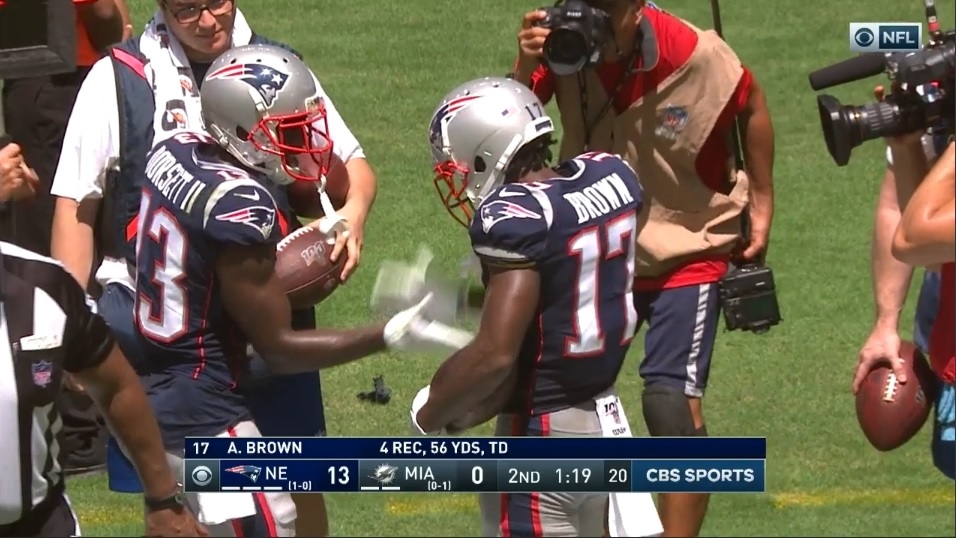 Antonio Brown has a new home. For now, anyway. The former star receiver has signed a one-year deal to join Tom Brady, Bruce Arians, and the Tampa Bay Buccaneers, according to ESPN’s Adam Schefter.

Update: Antonio Brown and the Buccaneers have reached agreement on a one-year deal, per sources.

Language still has to be finalized, COVID protocols passed, but Brown is likely to make his Bucs’ debut in Week 9 against the Saints.

The Houston’ Chronicle’s Aaron Wilson was the first to suggest interest between the two sides. Brown reportedly had interest from multiple teams including the Seattle Seahawks, who were initially thought to be frontrunners. But Tom Brady, who briefly played with AB in New England last year, had enough sway.

Brown will join a first place, 4-2 Buccaneers teams with plenty of weapons on both side of the football. He’ll make up an impressive WR trio of himself, Mike Evans, and Chris Godwin. Of course, the concern is Brown actually making it through a full season with one team, something he hasn’t done since 2018. Bruce Arians is one to be brutally honest and taken shots at AB in the past, to which he naturally responded to.

In late July, Brown was suspended for the first eight games of 2020 following multiple sexual misconduct allegations. That suspension applied to his time as a free agent and he should be eligible to play after the mid-way point of the season. That first game back would be Week 9 versus New Orleans.

The Steelers do not play Tampa Bay this year so if they see AB, it won’t be until the Super Bowl. Or if he gets cut and signs somewhere else, which let’s be honest, it’s definitely something that could happen.