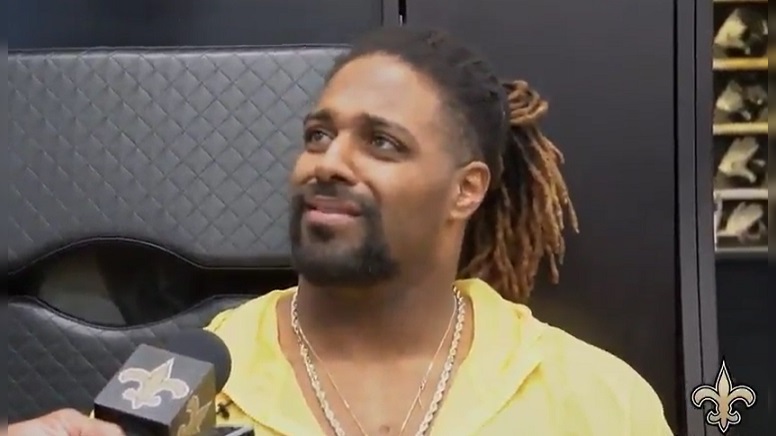 New Orleans Saints defensive end Cameron Jordan, who said a year and a half ago that he questions whether Pittsburgh Steelers quarterback Ben Roethlisberger will ultimately be a first-ballot Hall of Famer, recently was asked to again clarify those past comments during a recent interview on the ‘Pardon My Take’ podcast. You can hear the full context of those comments below.

Cam Jordan & Mark Ingram talk Ben Roethlisberger and past comments made about his Hall of Fame worthiness. #Steelers pic.twitter.com/jVfytzSv3N

“What I had really meant, they were like, ‘Hey, is Big Ben a first ballot Hall of Famer in my mind? He said, ‘first ballot.’ And I was like, Ben will probably get there,” Jordan said recently in his podcast interview of his 2018 comments about Roethlisberger. “But in my mind, I heard ‘first ballot’ and I was like, no, it’s going to take him a year or two. He might be two years out. I mean, the numbers that he’s put up, he’s going to get in there. And I was like, yo, you can fight to put him in your top five of his era, and then I went through it. Again, people lie, facts don’t.”

Essentially, Jordan doubled down on his 2018 comments in his recent interview and if you forgot what he had said prior to the 2018 game between the Saints and the Steelers, you can relive them via the video below.

All of this latest stuff about Cam Jordan and Ben Roethlisberger stems from comments he originally made in December of 2018. Yinz remember? It's not new news, just him explaining those past comments. #Steelers pic.twitter.com/3XZYfu5Fd2

Jordan did, however, go on to somewhat compliment Roethlisberger during his most recent podcast interview.

“I mean, what are they, like 3-0 this year? Look, at this point, he’s back and apparently he’s throwing really well,” Jordan said. “And I mean, you knew what Big Ben has been in this league. I mean, he’s been a force to be reckoned with – Super Bowl champion. I’m just trying to get there.”

I’m sure this will wind up being a bigger deal than what it actually is with the Steelers now being on their bye week. It’s not really new news, however, like Twitter might be portraying it, just Jordan clarifying what he had said about Roethlisberger prior to the 2018 meeting between Steelers and Saints.

As we all know, Roethlisberger is virtually a lock to be a first ballot Hall of Famer whenever that time comes.