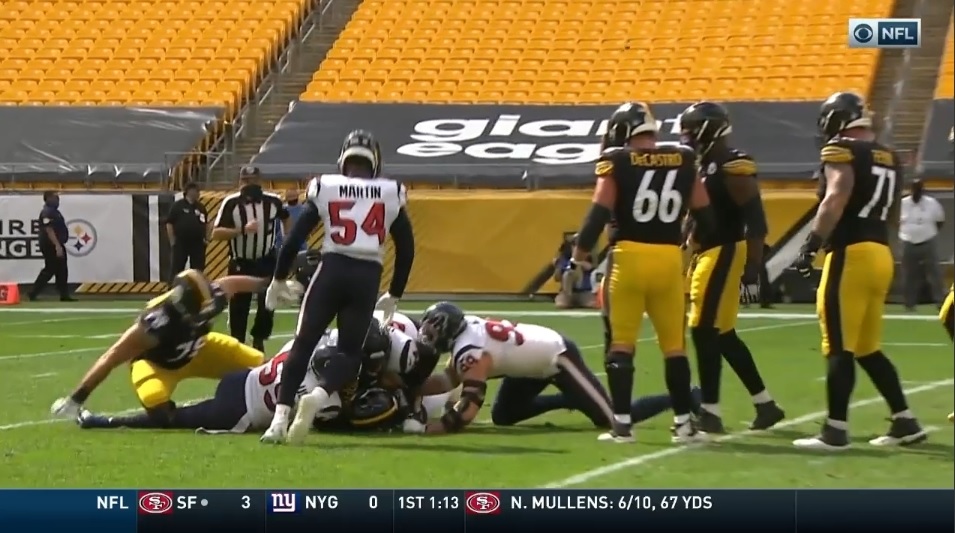 Breaking down the two sacks the Pittsburgh Steelers allowed in Sunday’s win over the Houston Texans.

Texans trip up the Steelers by running a DT stunt. Three tech is the crasher, the one tech the looper. If you’re asking linemen to pass off stunts, the most crucial factor is they must stay on the same level, the same plane. One can’t be higher than the other on the field or else you’re not going to be able to pass them off. That doesn’t happen here.

Matt Feiler ends up on a much lower level than Maurkice Pouncey. That makes it impossible for them to pass off the two linemen. Instead, Feiler and Pouncey end up picking each other. Pouncey runs into the crasher, allowing looper Charles Omenihu comes free and drops Ben Roethlisberger for the sack. 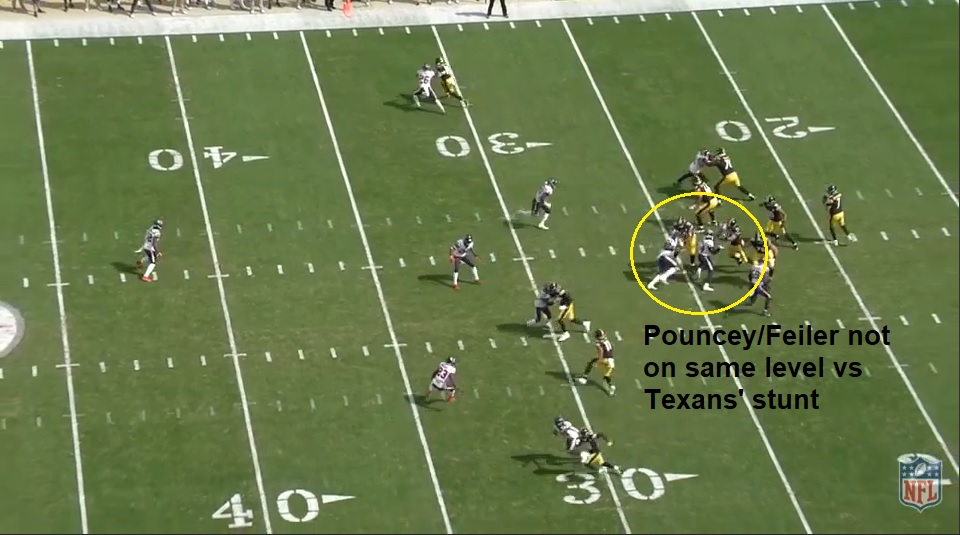 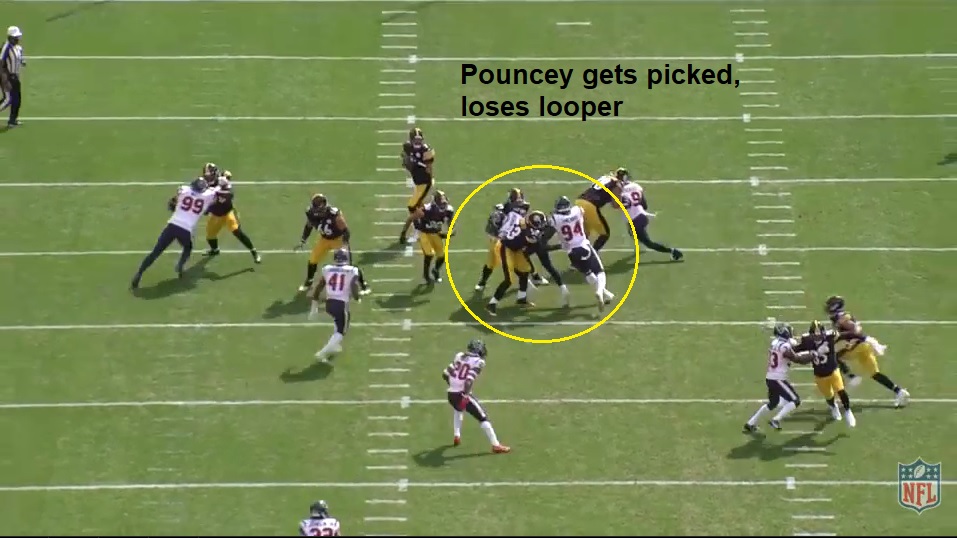 Whose fault is this ultimately? Did Feiler get too deep in his set? Was Pouncey too shallow? It’s hard for me to say. So as I often do in these situations, I put half-blame on both men, Feiler and Pouncey.

Blame: Half on Feiler, half on Pouncey

This one is a little more obvious of whose fault it is. Maurkice Pouncey is sliding to the strength of the formation, the offense’s right. Leaves Matt Feiler and Alejandro Villanueva one on one with their matchups. But Feiler is unable to slide laterally and get square to the 1T, who swipes past with a far too easy of a sack. Feiler’s feet go dead on contact, causing him to lose his angle (he’s now attacking half man instead of being head up) and lose the power on his punch. 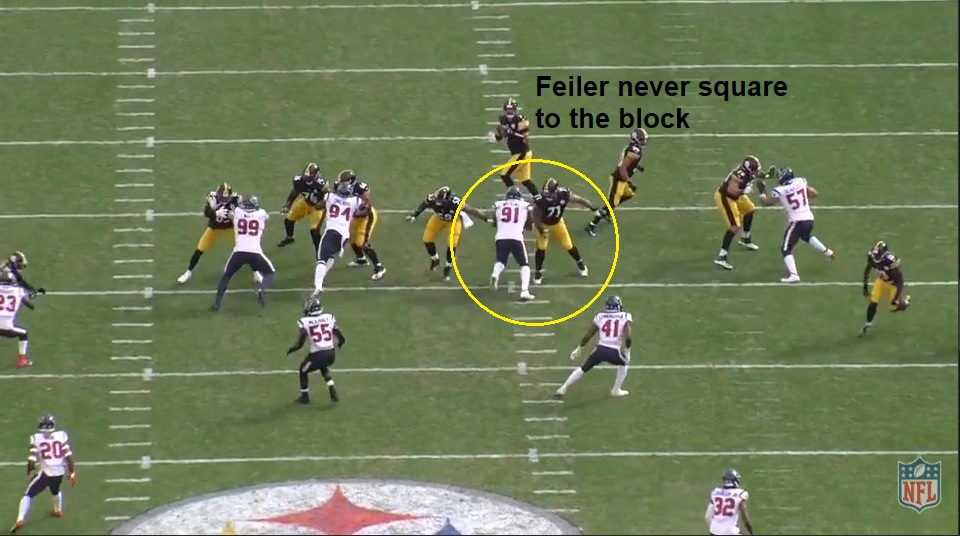 Maybe he thought Pouncey was going to give more help uncovered but I kinda doubt it. Just poor technique from Feiler and he pays the price.