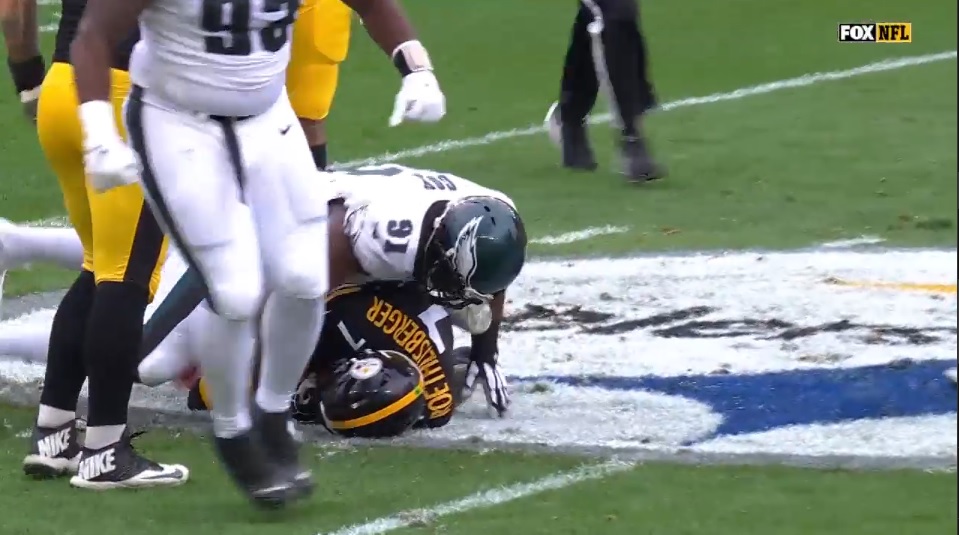 Ben Roethlisberger has been kept upright most of the season, including Sunday’s win over the Philadelphia Eagles. Taking a look at the lone sack given up in the Week 5 victory.

Old pal Javon Hargrave gets the best of Matt Feiler here. Nice bull rush here against him. Feiler struggles to re-punch with his left (outside) hand and is unable to stall out Hargrave’s rush. It bullies Feiler backwards and collapses the pocket, giving Ben Roethlisberger nowhere to escape to. 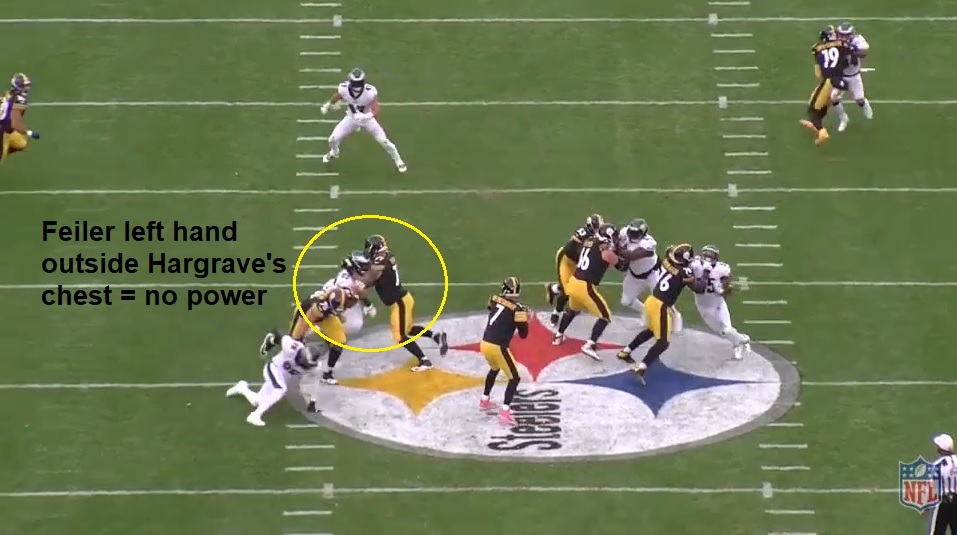 As the saying goes, interior pressure is the worst kind for a QB. If there’s edge pressure, they can hitch and climb the pocket. Not much they can do when the pressure is in their lap. There’s some other pressure that gets home near the end but Feiler getting bull-rushed is the root cause of it all, even if the sack is ultimately split by Hargrave and Fletcher Cox. Will point out Chukwuma Okorafor gets pushed back by Brandon Graham too. Graham never disengages and doesn’t actually get in on the sack but he helps constrict the pocket so Roethlisberger can’t escape. Not much #7 can do here. 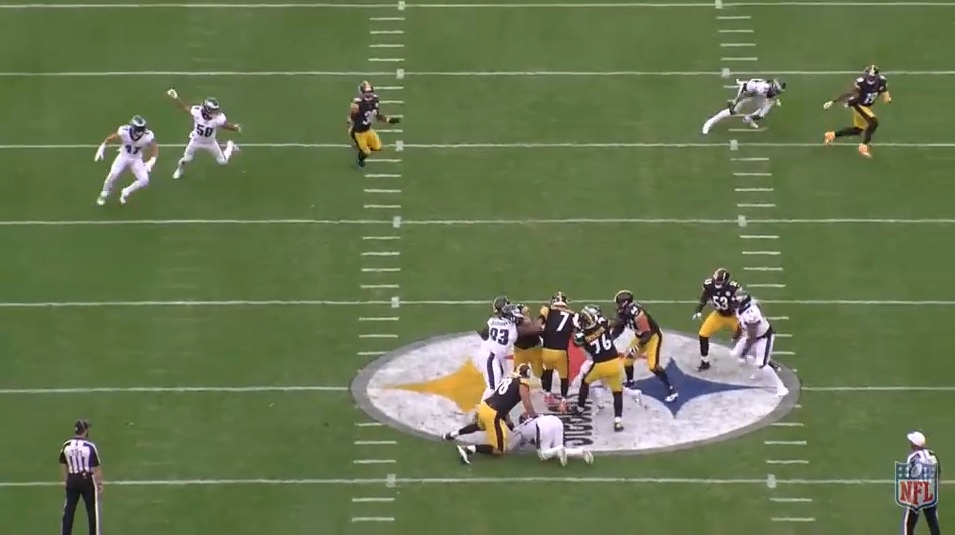 Ultimately going to put the sack on both guys, Feiler and Okorafor. Feiler has struggled a little more in pass protection than I expected. Know left guard is relatively new to him, only one start prior to 2020 and didn’t have a preseason this year, but it’s been a little worse than anticipated.

Overall though, Roethlisberger has only been sacked six times through the team’s first four games. It’s a pristine number. Partially due to the Steelers getting to run the ball late, not often playing in catch-up situations, and Roethlisberger gets the ball out quicker than all but a few QBs in football. But the line has held up well, especially given the injuries to the right side of it.

Blame: Half on Feiler, half on Okorafor