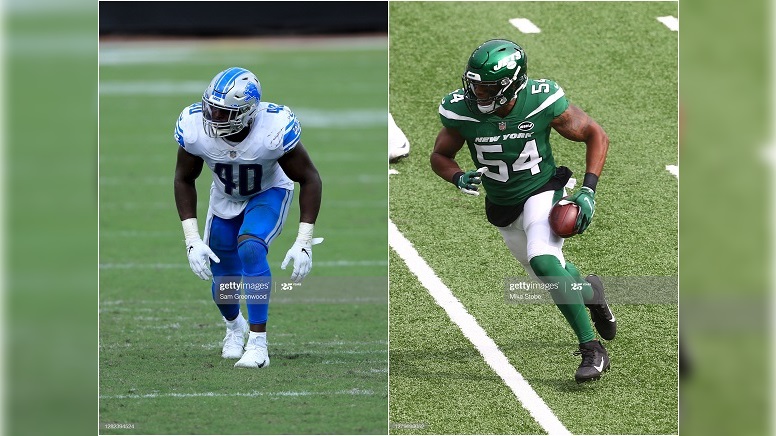 Will the Pittsburgh Steelers make a trade prior to this year’s deadline, which is on Tuesday at 4:00 p.m. EST? More than likely they won’t.

According to Gerry Dulac of the Pittsburgh Post-Gazette on Friday, a team source has told him, it is “unlikely” the Steelers will make a trade, though the source added, “but you never know.”

Despite the Steelers losing staring inside linebacker Devin Bush to a torn ACL for the remainder of the season a few weeks ago, the team seems extremely comfortable moving forward with Robert Spillane mainly being the one replacing him.

Against the Tennessee Titans in Week 7, Spillane wore the helmet with the green dot and played 43 of a possibly 57 defensive snaps in that contest. Second year linebacker Ulysees Gilbert III replaced Spillane for 14 snaps. Gilbert, however, won’t play against the Baltimore Ravens on Sunday due to a back injury.

Many have suggested the Steelers trade for either Detroit Lions linebacker Jarrad Davis or New York Jets linebacker Avery Williamson ever since Bush was lost for the season a few Sundays ago. While both players sound good in theory, the Lions don’t appear interested in dealing Davis right now while Williamson might be a tad too expensive for what he offers. Either way, Steelers general manager Kevin Colbert would likely only want to trade a fifth-round or later draft pick for either.

The last time the Steelers traded for a player in the month of October was in 2013. That season, the Steelers traded a conditional draft pick to the Arizona Cardinals for veteran tackle Levi Brown in early October. Brown, however, never played a snap for the Steelers as he was placed on the teams Reserve/Injured list with a torn triceps just 13 days after being acquired.

Obviously, if the Steelers were to suffer several more serious injuries during their Sunday game against the Ravens, Colbert might be more inclined to trade for help. I wouldn’t hold your breath waiting for that to happen, however.

The Steelers, at least with Colbert calling the shots since 2000, don’t have much of a history of trading for players right at the annual deadline and thus there’s no reason to expect him to make one between now and Tuesday evening barring more injuries occurring on Sunday.