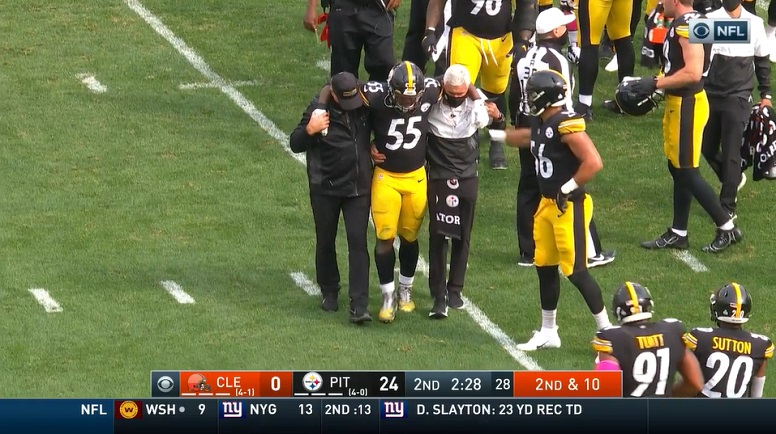 The Pittsburgh Steelers have lost second-year inside linebacker Devin Bush for the remainder of the 2020 season due to a left knee injury.

Reports are now circulating that Bush, the Steelers first-round draft pick in 2019, tore the ACL in his left knee late in the first half of the team’s week 6 home game against the Cleveland Browns. Bush will now require season-ending surgery, according to Adam Schefter of ESPN.

Bush’s 2020 season will end with him registering 21 total tackles, a half a sack, and three passes defensed.

With Bush now out for the season, the Steelers will likely ask inside linebacker Robert Spillane to fill his shoes.

Its quite an unfortunate injury for Bush and one that will likely require at least a full 10 months worth of recovery time. The Steelers will likely start their 2021 training camp in the middle of July so thers a good chance that Bush will begin it on the Active/PUP list with hopes that he can be ready to play by the star of the 2021 regular season.

This is the play that ended Devin Bush's 2020 season #Steelers pic.twitter.com/lZtaGHcUHY