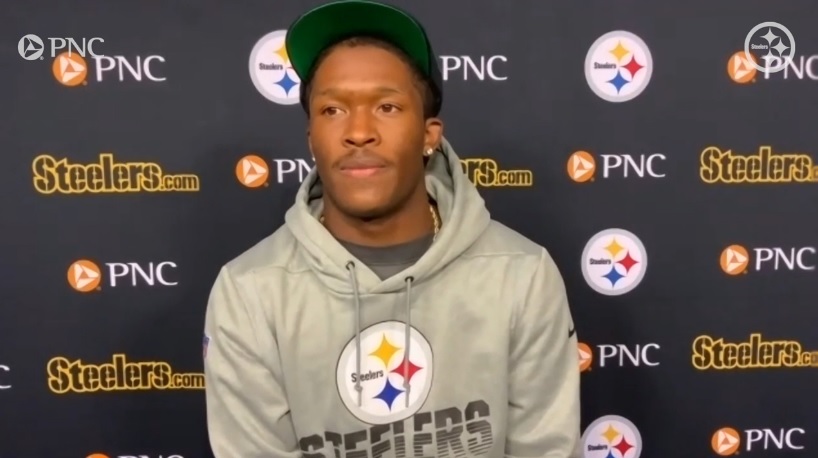 For a 23 year old entering just his third season in the NFL, Ray-Ray McCloud is a well-travelled man. Born in Tampa, he played college ball at Clemson. Buffalo drafted him in the 6th round in 2018 but he lasted just a season and-a-half. Carolina came calling, fumbles got him cut, then it was back to Buffalo before they cut ties with him this July, just as training camps were opening. McCloud’s now answering Pittsburgh’s call. Literally.

Speaking to reporters Monday, McCloud said the team called him when he was in church. Once he picked up the phone, he became a Steeler, and here’s to hoping he remains one for awhile. McCloud had nothing but good things to say about his time in black and gold.

“When I got here, they took me in like family,” he said. “That’s what you feel here in this locker room is like. It feels like college. We’re together all the time. It’s like a family thing here. Coach Tomlin has made it like that. He’s upfront, he’s up front about everything. There’s no sugarcoating anything. You have love that from a coach standpoint. When you love your coach how you love this coach, you go all out for them and you go all out for yourself. When I got here, my mindset was like I said, go be you and just be Ray-Ray.”

What Ray-Ray is is a dynamic player in space. He’s already arguably one of the better kick returners the team has had in years, a low bar to clear, I know, and showed what he can do on offense Sunday. He carried the ball twice for 63 yards, highlighted by a 58 yard romp down the right side, with a couple receptions in the pass game too. He told reporters he wasn’t sure how much he was going to play against the Eagles but that he stayed ready. Diontae Johnson’s first quarter injury opened the door for McCloud to log 18 offensive snaps. He made the most of them.

Pittsburgh has a unique receiver room. There isn’t the old veteran like a lot of places. The oldest faces are Diontae Johnson and James Washington, in their second and third years respectively.

But there’s plenty of experience. JuJu Smith-Schuster is in his fourth year while guys like Johnson and Washington had to grow up quickly last season. Chase Claypool is as mature as they come out of college while McCloud’s journeymen career has made him resilient.

Everyone in that room is contributing in a positive way, leading to the offensive explosion Pittsburgh put up in yesterday’s win over the Eagles.