The Baltimore Ravens have now released their second official injury report for Week 8 ahead of their Sunday home game against the Pittsburgh Steelers and the Thursday offering shows that three players failed to practice earlier in the day.

Not practicing for the Ravens on Thursday were nose tackle Brandon Williams (not injury related), running back Mark Ingram (ankle), and cornerback Jimmy Smith (achilles). This makes two days in a row that Ingram has failed to practice and now he seems very questionable to play against the Steelers on Sunday.

Smith also seems a bit questionable with him going backwards on the injury report. He was listed on Wednesday as a full practice participant. Williams, who apparently was given Thursday off, is a new addition to the Ravens injury report 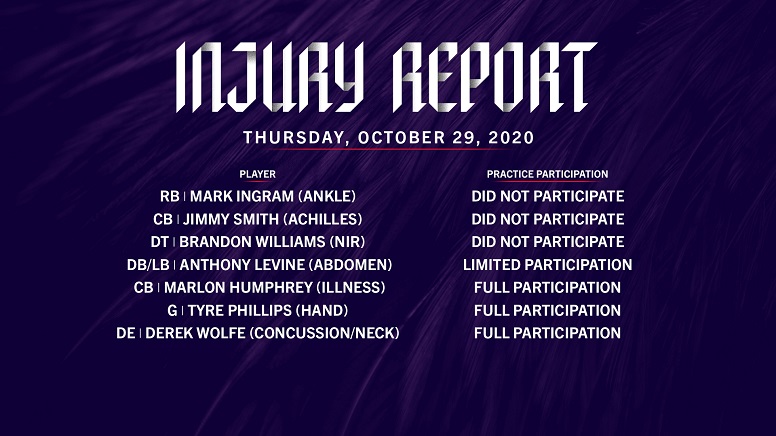