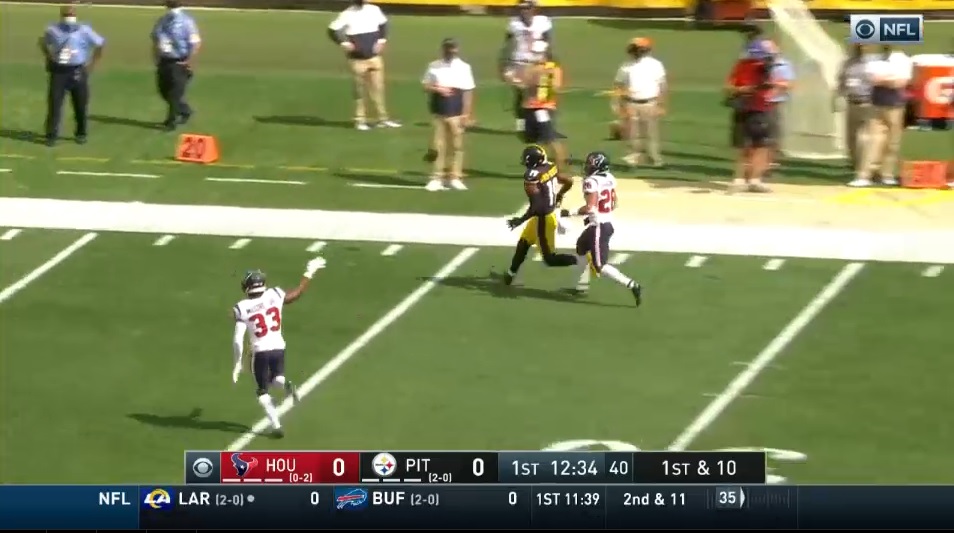 At the risk of bringing back memories of “bad WiFi,” the Pittsburgh Steelers’ deep ball has been lacking so far this season. Ben Roethlisberger’s averaging just 7.1 yards per attempt which would be the second lowest of his career not counting his injury-shortened 2019 year. The only time it was lower was 2008 when it sat at 7.0.

According to Next Gen Stats, here are Roethlisberger’s results on passes 20+ air yards downfield.

That’s just 21.4%. As the numbers show, Week 3 against Houston was especially bad, failing to connect on any of his six attempts. Offensive coordinator Randy Fichtner isn’t concerned about that slow start but recognizes it’s an area the team has been working on.

“Accuracy, them catching and running, making that guy miss, finishing a catch and run and it will all come together,” Fichtner told reporters via a transcript from the team. “I do think it is an early sampling like you said. We didn’t have last week, so we are getting a ton of reps this week to try and improve where we needed improving.”

To be fair, there have been successes too. Roethlisberger threw a beautiful deep ball on Chase Claypool’s 84 yard touchdown. And there are logical reasons for the early-season struggles. Roethlisberger has been shaking the rust off after missing most of 2019 and is working with a pretty new cast of characters. Weapons like Claypool, Diontae Johnson, James Washington, tight end Eric Ebron. It’s reasonable to assume chemistry and timing will improve as the season goes on. Fichtner made it clear hitting the big play is a central part of the Steelers’ offense.

“We are always attempting and trying to push the ball down the yard. It’s always been one of my favorite throws in 14 years of watching him make. I don’t think it was anything structural from a standpoint of wanting to or trying to or game planning not to do.”

Coverage can dictate how often quarterbacks throw the deep ball too. Two high shells and dropping seven into coverage lends itself in throwing the ball underneath. A point Fichtner made in his answer.

“When you put yourself in single high or man situations or zero situations, as a defense, you are going to have to cover guys, and I think you will see as what you refer to as deeper balls thrown.”

The Eagles secondary is hurting and they’re prone to giving up the big play, allowing 12 completions of 20+ yards through the first month. Pittsburgh’s been on the other end of the spectrum, completing a league low seven of them (in only three games, granted) so this would be a good week for the Steelers to flip the script.