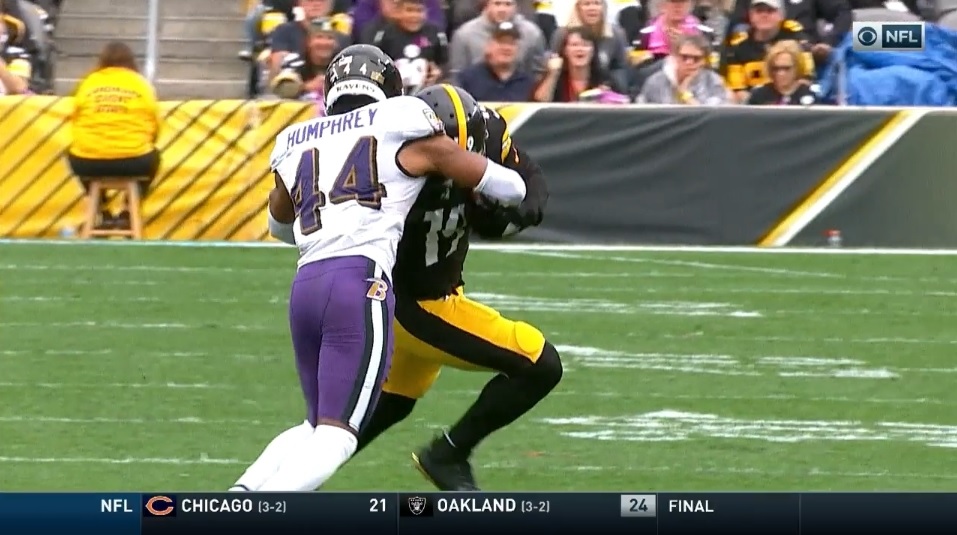 Steelers/Ravens week means a lot to the veterans on the team. Guys like Ben Roethlisberger, Maurkice Pouncey, and Cam Heyward. They know what it’s about. For some of the younger guys, especially a young receiver room, they’re still learning what this one means. Especially after a 2019 that didn’t have the same feel with a Roethlisberger-less team. Randy Fichtner is making it a point to have his receivers ready for what will be a physical, intense matchup against Baltimore, who boast some tough corners to deal with.

“You’re going to have to match their intensity,” he told reporters via a team transcript. “They’re strong. They’re physical. They like to play press. They like to play man. Those aren’t the only coverages they play, but I think if they had their wish, they would play it every down and think that they can stop you. There comes a detail of release techniques and fundamentals, separation techniques and fundamentals, being aggressive when the ball is in the air. If you lack in any one of those areas, it could mean a lost play.”

Baltimore has a “big three” at cornerback. Marlon Humphrey, Marcus Peters, and Jimmy Smith. All high pedigree and well-known players. Humphrey is the lead guy, able to play inside/out, and is tied for the NFL lead with four forced fumbles in 2020 and six over the past two years. Unfortunately, Smith-Schuster found out the hard way that fact last season, losing the football in overtime that led to the Ravens’ game-winning field goal. Peters leads the team with two interceptions while Smith is the third longest tenured Raven only behind specialists Sam Koch and Morgan Cox.

Fichtner went on to say the Ravens’ heavy use of man coverage will help out Ben Roethlisberger and the reads and sight adjustments for these receivers to make.

“What it does present is it presents somewhat clear pictures of times for the quarterback. You just have to have winners. I feel really good about where we are at with our wide receivers. I think Coach [Ike] Hilliard has done a great job of keeping developing and working the fine details to man, zone release techniques, fundamentals of playing the game because you know that’s still a pretty young group.”

In his first year as WRs coach, Hilliard has inherited a talented group and maximized their ability. He should get credit for preparing Chase Claypool and helping Diontae Johnson take steps forward when health has allowed. But this receiver group hasn’t faced a secondary as good as Baltimore’s, no one they’ve played so far really even compares, and those guys better bring their A Game Sunday.