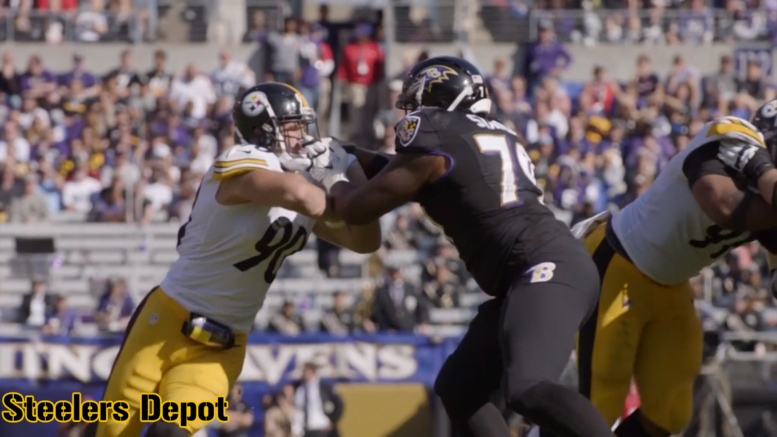 The Baltimore Ravens were working on paying Ronnie Stanley an awful lot of money this offseason, perhaps making him the highest-paid offensive lineman in the history of the game—or at least making a good run at the deal the Houston Texans  gave to Laremy Tunsil after he got them over a barrel.

That didn’t happen, or at least it hasn’t happened yet, as the Ravens, unlike the Pittsburgh Steelers, are very much open to conducting in-season contract negotiations. Just last week, they signed cornerback Marlon Humphrey to a new five-year extension that was work nearly $100 million in new money.

When Stanley missed Sunday’s game due to an ‘upper body issue’ playing on a short week, the Ravens did some shuffling. They moved right tackle Orlando Brown to left tackle, and pushed D.J. Fluker out to right tackle. While Fluker has played there in the past, he has primarily been a guard throughout his NFL career.

The team said after the game that they were actually expecting Stanley to be able to play during the game, and that he was really close to playing, which should be a good indicating that he will be back in the starting lineup for their next game, but it was an interesting preview with Brown at left tackle.

Stanley is currently playing out his fifth-year option, and as we all know, the Ravens have not been averse to allowing offensive linemen to leave in free agency, as evidenced by, among others, Kelechi Osemele, Rick Wagner, and Ryan Jensen.

If they don’t agree to terms on a contract extension over the course of the next couple of months, then it opens up the possibility that he ends up somewhere else in 2021. The Ravens do have some cap space as currently projected for next year, but only have 40 players under contract, and, oh yeah, Lamar Jackson is going to be getting paid, handsomely. He only has a $3 million cap hit right now.

For Baltimore, though, it’s not always about unaffordability. Sometimes they just know that the economics of the proposed contract work out better by moving on and developing than by paying that deal, and they have shown this logic along their offensive line, short of Marshal Yanda.

Of course, Stanley could be their next Yanda. But Brown is an All-Pro player himself, only in his third season, and he has shown the potential to move to left tackle. I’m sure it’s something that they are weighing in their minds.