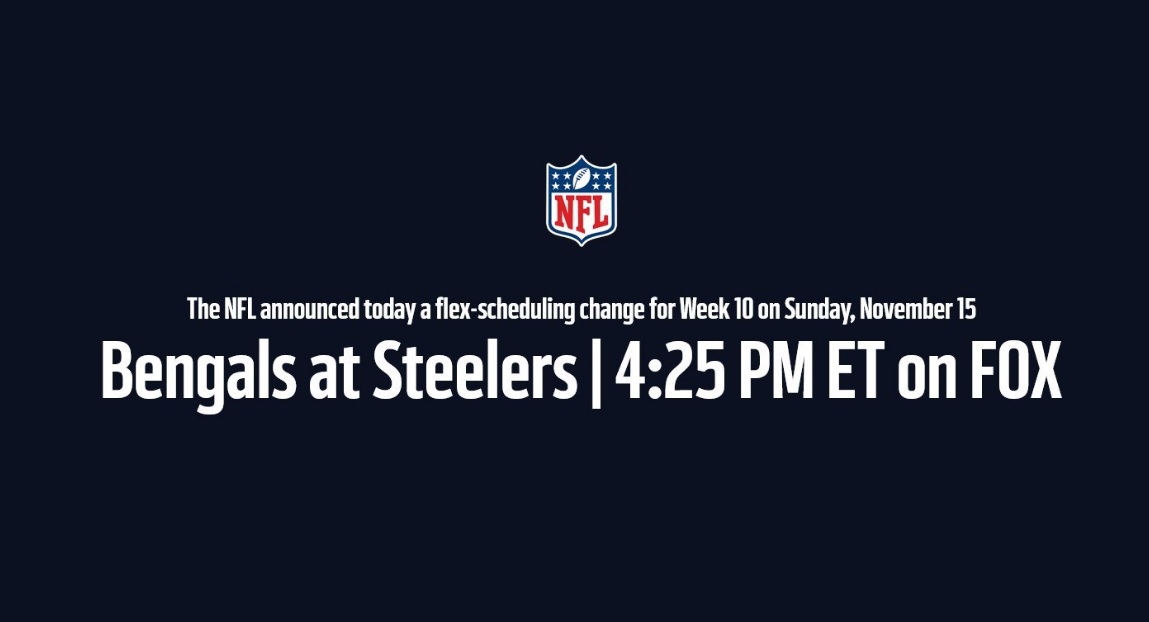 The NFL has made one change to the Pittsburgh Steelers’ upcoming schedule, moving their Week 10 game against the Cincinnati Bengals from 1 PM to a 4:25 PM/EST kickoff.

Our Week 10 game against the Cincinnati Bengals has been flexed by the NFL.

That game will take place at home in Heinz Field. It’s the first game the Steelers have had flexed this season. Of course, their Week 4 contest against the Tennessee Titans was pushed back to Week 7 following the Titans’ COVID outbreak.

Pittsburgh will now play back-to-back 4:25 games – Week 9 at Dallas and Week 10 vs Cincinnati. It breaks a streak of six consecutive 1 PM kickoffs. The Steelers have several primetime games to finish the season. Week 12 against Baltimore is a Thursday night kickoff, Week 14 against Buffalo a Sunday nighter, with the following week against Cincinnati taking place on Monday night.