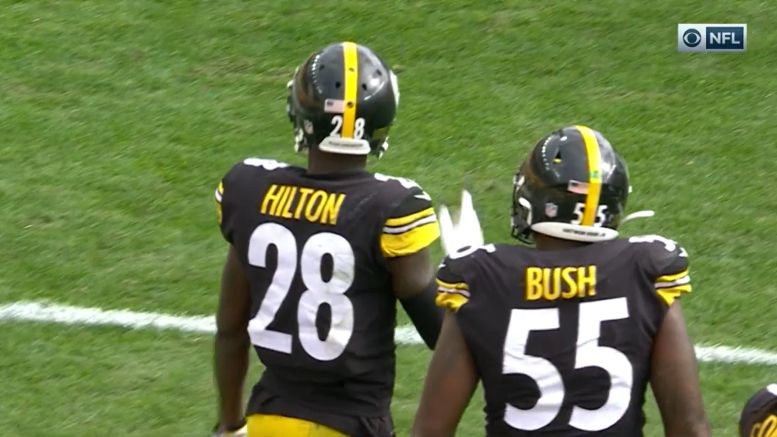 I think everybody knows by now that the Pittsburgh Steelers have an immensely talented defense. Half of their starters or more have the ability to play at a Pro Bowl level quite easily—and several of them have already earned that distinction.

All the talent in the world won’t build you a championship defense, however, if you’re not running the same plays and seeing the same things, which is why communication has been such a big focus over the years with the Steelers’ defense, pretty much since Dick LeBeau parted ways.

They were thrown a major curve ball on the eve of what is the biggest game of the season to date for them, losing defensive signal caller and every-down player Devin Bush in the middle of the unit, just as they are about to face the only other undefeated team in the AFC.

And his replacement never saw a snap on defense before this season, in second-year former college free agent Robert Spillane. The vast majority of his career defensive playing time came on Sunday after Bush’s injury, though he seemed to fit in well enough.

On Thursday, one of the defense’s star players and key communicators, Minkah Fitzpatrick, was asked about how the verbal chain of command might change due to the loss of Bush and if his role within it would be different. He didn’t seem to think so.

“Pre-snap, I’ll just be talking to my DBs. Usually I’ll talk if I see something, or if they see something, we’ll communicate”, he said. “But it’s a new guy out there who’s playing. He’s a smart guy, he’s been in the system for a while now. He communicates very well, very clearly. I’m gonna make sure my DBs are set, make sure everybody else around me is set, know that we’re playing on the same page, not too much is really gonna change, because like I said, Spillane is gonna do a great job”.

Although it is not surprising, Spillane’s teammates have been consistently supportive of him and of his ability to play defense at this level of the game. After starting the 2019 season on the practice squad, he began 2020 as the top backup inside linebacker.

And now he is being called upon in a major way. While the full brunt of the burden may not fall squarely on his shoulders, he is going to be asked to carry about as much of the load as he can handle. Frankly, it remains to be see how they might use other players aside from Spillane, since he played every snap after Bush’s injury.

Complicating matters is Mike Hilton’s status, as he did not practice the past two days. If he is out, Cameron Sutton is the nickel, and that leaves a question as to who would play the dime—and how confident they would be in running it. Playing in dime is the simplest way to get Spillane off the field, so we could see Justin Layne or Sean Davis taking snaps.