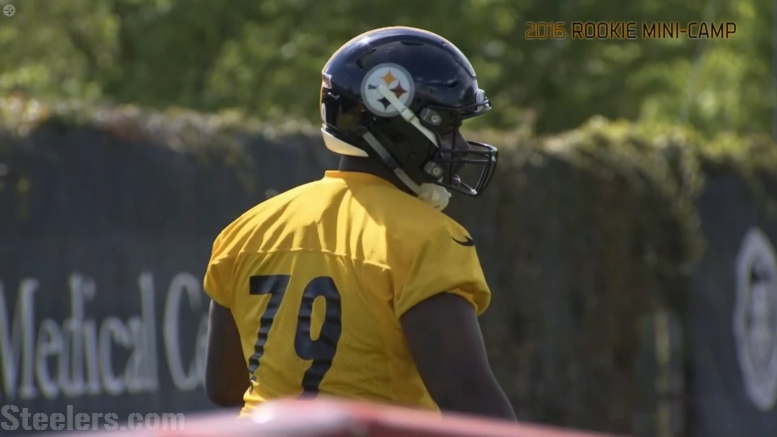 The Pittsburgh Steelers don’t lose a ton of significant names in free agency. Generally, they are able to retain the players that they really want to retain. Javon Hargrave was one of the bigger names that they have lost in recent years (Le’Veon Bell being another last year), and they will get an opportunity to catch up with him on Sunday as they face his new team.

Hargrave signed a three-year contract with the Philadelphia Eagles back in March for $39 million, a hefty sum for a nose tackle, though that’s not quite the position that he plays in their defense, running a 4-3 with a heavy rotation next to Fletcher Cox inside.

Head coach Mike Tomlin, who helped scout him coming out of a small school in 2016 and made him a plug-and-play nose tackle over four seasons that helped him get a big payday, was asked to comment on Hargrave four games into his first season in Philadelphia.

“You know, they’re a different structured group than we are. They’re a four-down group, so he’s playing right defensive tackle”, Tomlin said. “He doesn’t play nose guard for those guys. They have right and left defensive tackles, and they play a lot of people. They rotate as many as seven or eight guys. He’s been splitting a lot of time with Malik Jackson. Both guys have provided a quality rush for them on the interior along with Fletcher Cox. We are going to have our hands full neutralizing that group”.

Opposing defenses have had their hands full trying to neutralize Hargrave for the past four years within the Steelers’ front-four scheme, which at various times would also include Cameron Heyward, Stephon Tuitt, T.J. Watt, and Bud Dupree.

After sitting out the opener due to injury, Hargrave has been on the field for the Eagles for the past three games, logging a total of 99 snaps. So far, he has only registered one tackle, half a sack, and a quarterback hit, but we have seen what he can do.

After week two, defensive coordinator Keith Butler admitted that the Denver Broncos probably had a bit of running success against his unit in part due to Mike Munchak’s familiarity with the team. No doubt Hargrave’s familiarity with the Steelers, and their offensive linemen, will be mildly advantageous as well—but nothing that they can’t overcome.

I will say, though, it will be very interesting watching him go up against Maurkice Pouncey, and primarily, Matt Feiler. We’ve watched him going up against other offensive linemen for so long that it will serve as a telling point of comparison.