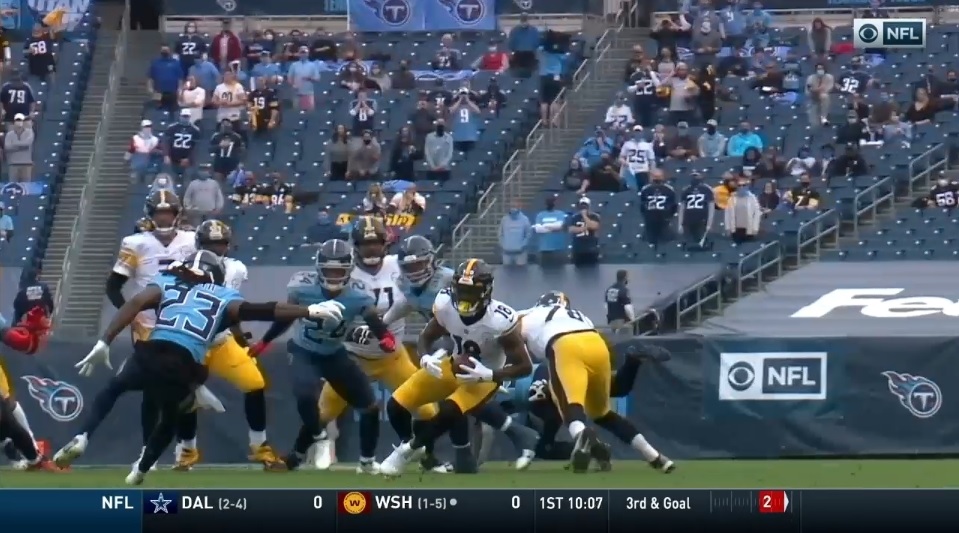 The best rivalry in football is back to its old ways, a battle for the top spot in the AFC North. It feels like it’s been years since a Steelers, Ravens game has felt this big. Maybe because it has, last year there was no Ben Roethlisberger and the second game was a throwaway for both teams. In 2018, Joe Flacco was still the Ravens starting QB and was between a 5-2-1 Steelers team and 4-5 Baltimore team before both teams’ seasons went in completely opposite directions.

Coming into week 8 the Steelers and Ravens are a combined 11-1 this season. Their combined .917 win percentage will be the highest entering a Pittsburgh-Baltimore game in the series’ history. Ravens’ head coach, Jim Harbaugh holds a 13-11 advantage over Mike Tomlin in this legendary series since 2008 when they first went head to head. According to the Elias Sports Bureau, Tomlin and Harbaugh will become the first head coaches in the Super Bowl era to face off 25 times in the regular season. The question now is what is the key matchup the Steelers must exploit to help Tomlin get one step closer to evening the series.

Both Offenses Vs. The Blitz

There’s one thing other than being divisional rivals that will forever connect these two franchises, having blitz-heavy defenses. While the Steelers’ blitz numbers have trickled down from the first few weeks of the season, they are still nothing short of astonishing, blitzing 42.7% of the time and in general having a pressure rate of 40%. This bodes extremely well going up against a QB in Lamar Jackson that has the 3rd worst passer rating against the blitz this season.

Steelers & Ravens blitz at the two highest rates in the NFL per @NextGenStats. Big Ben leads the NFL, completing 70.5% of passes vs blitz this season in part due to having the fastest time to throw (2.29s). Lamar Jackson has not taken advantage of the blitz the way he did in 2019 pic.twitter.com/lQgmw1ncRl

On the flip side, Baltimore is the only team that blitzes more often than Pittsburgh, at 47.2% a clip. The main difference in the matchups being that Ben Roethlisberger is one of the best QB’s against the blitz this season completing a league-high 70.5% of his passes versus a blitzing defense. Roethlisberger’s completion rate against the blitz has been supplemented by the offense’s quick passing game and his willingness to spread the ball all over the yard without a true number one wide receiver.

There’s nothing spectacular about the Steelers’ quick game, they are mostly really simple catch and throw plays with receivers making plays after the catch. As seen below, the Titans bring a blitz but the corner is playing so far off Diontae Johnson that he just runs a simple slant route and then makes the man miss due to his elite change of direction. It’s not rocket science here other than taking what the defense is giving you.

You saw the Browns defense start to sit on these types of plays in week 6 and I wouldn’t be surprised to see the Ravens play it similarly. This is where you can start to take advantage of an aggressive defense with possibly the most aggressive cornerback in the league in Marcus Peters. He makes a ton of interceptions, but it can be a double-edged sword with him sometimes in coverage because of it.

Watch here against the Eagles, the Ravens bring a blitz leaving a 1-on-1 matchup with Peters. A simple double-move gets Peters to bite leaving the Eagles receiver wide open for what should have been a touchdown on the 3rd play from scrimmage if he was able to haul it in.

It would not be surprising to me if the Steelers ran a few double moves on Peters over the course of the game or just tried to attack him right out of the gate like they did his rookie year in Kansas City. They had another big-bodied speedster with the name of Sammie Coates that they used to torment Peters on their very first play from scrimmage.  It set the tone for a massive game from Roethlisberger who finished with 300 yards, 5 touchdowns, and no interceptions.

I’m by no means saying that’s what type of game to expect from Roethlisberger this Sunday, but I really think with the aggression of this Ravens defense and the plethora of playmakers for the Steelers offense you’ll see a few deep shots that will be the difference in the game if completed.

Back to the Steelers defense, I re-watched the Ravens game from week 5 of last year to see if the Steelers did anything special in terms of spying Lamar Jackson. It was a pretty clear no. Their solution was making him have to throw the ball downfield. When he was asked to do that, he struggled, throwing 3 interceptions and taking 5 sacks. The 5 sacks are shown below and you can see almost all of them are coverage sacks where the D-Line is extremely disciplined in their gaps and are careful to not leave him anywhere to go. The pass rush was relentless. No matter where Jackson turned there was another rusher ready to pounce. This year has to be no different where the Steelers collapse the pocket around Jackson and do not allow him to escape to make signature highlight plays. He’s bound to escape from time to time but minimizing the opportunities is the important thing.

Losing Devin Bush was a huge loss for this team and although Robert Spillane and Ulysees Gilbert stepped up in a big way against the Titans this game is a whole new test for the backup linebackers. The added running threat of Jackson is really going to put stress on a defense that doesn’t have a clear sideline to sideline linebacker like Bush. Taking that a step further, now that Gilbert sat out Thursday’s practice with an apparent back injury, that depth gets even slimmer.

This truly is going to feel like a throwback Ravens-Steelers game with two teams that love to kick the crap out of their opponents on both sides of the ball. The defenses are playing at levels similar to their late 2000’s teams, but both offenses also are some of the most explosive as they’ve ever been in their franchises’ storied histories. There will be no surprises when the Steelers and Ravens take the field Sunday, just buckle up, plug your heart-rate monitor in, and get ready for a great game with 2 of the NFL’s elite teams of 2020.