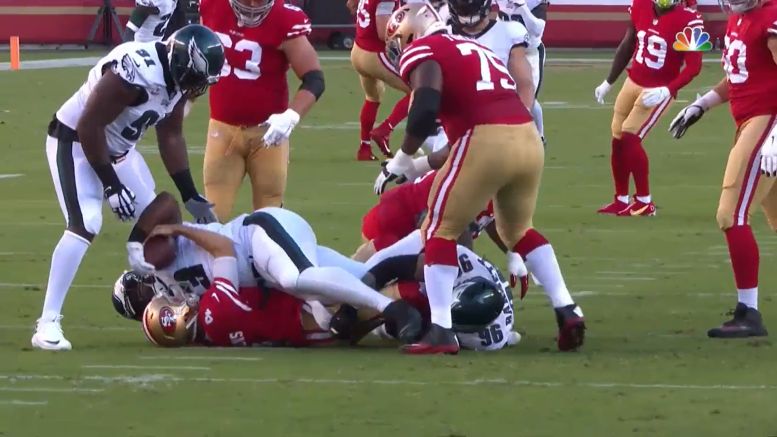 Entering today’s game, the Philadelphia Eagles have the most sacks in the league through four weeks with 17. But the Pittsburgh Steelers are averaging five sacks per game, with 15 in total, which is still the second-most in the league even though they have had to have one game rescheduled.

The state of Pennsylvania has become the sack capital of the NFL. And today’s game will help determine who gets the crown. At least that’s how some of the day’s pass rushers are taking it. Cameron Heyward admitted last week that he is motivated by playing other teams with great defensive lines to see how he and his teammates stack up.

Malik Jackson, one of the Eagles’ top defensive linemen, was more direct, telling reporters in the lead-up to todays game that he wants to show which team has the best defensive line, not just in the stadium, but in the state—which by extension may also mean in the country.

The Eagles do not have anybody who has more than three sacks yet, but they have 13 different players who have contributed so far to their league-leading 17, and each of Brandon Graham and Josh Sweat are sitting at three apiece. Derek Barnett is next with 2.5, while Jalen Mills and Genard Avery each have 1.5. The rest—Fletcher Cox, Malik Jackson, Javon Hargrave, Vinny Curry—and others, have either one or half a sack.

As for the Steelers, they have nine different players who have contributed to their sack total so far, with T.J. Watt leading with 3.5. Bud Dupree has 2.5, while each of Vince Williams and Mike Hilton, their premiere blitzers, have two, as does Stephon Tuitt. Terrell Edmunds, Tyson Alualu, Devin Bush, and Cameron Heyward also have contributed at least half a sack.

It’s one thing to have the most sacks, but it’s another to be the best pass-rushing team, and those things don’t always align. The Eagles are actually closer to the middle of the pack as far as their results have gone. So far, however, they have been abnormally successful in finishing plays, which likely is not sustainable.