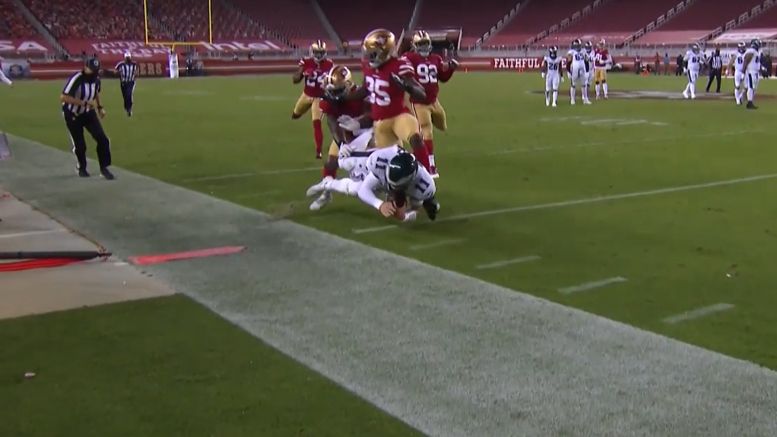 While Carson Wentz is not necessarily the first name that comes to mind when you evoke the phrase ‘mobile quarterback’, the reality is that he is one—and he is on a career pace so far through the quarter pole of the 2020 season. Pittsburgh Steelers defensive coordinator Keith Butler views that as an opportunity.

Wentz rushed 64 times during his second season in 2017 for 299 yards. This year, he already has 19 rushing attempts in four games, putting him on pace for 76 rushes by the end of the year, and his number of carries has accelerated over the past two games.

He already has 111 yards on those 19 carries, averaging a career-best 5.8 yards per rush, with three touchdowns, which is the same number of rushing touchdowns that he has had combined in his first four seasons in the NFL.

The Eagles have been getting Wentz out into space more this season and accentuating his mobility. Butler understands that his front line has to make the most of this opportunity, as he told reporters, and likened it to the challenge of Deshaun Watson two weeks ago.

What we have to do is make sure we don’t put ourselves in positions where he’s going to hurt us in the running game”, Butler told reporters, via transcript. “They keep the ball with him like a lot of people do in the game to get in critical situations and they have to have a play. He will keep the ball as he takes the handoff”.

Given the trends on both sides of the ball, it seems pretty unlikely that Wentz is going to come out of this game physically feeling very good. He is going to get hit a good amount, especially with a backup backup left tackle and an injured right tackle.