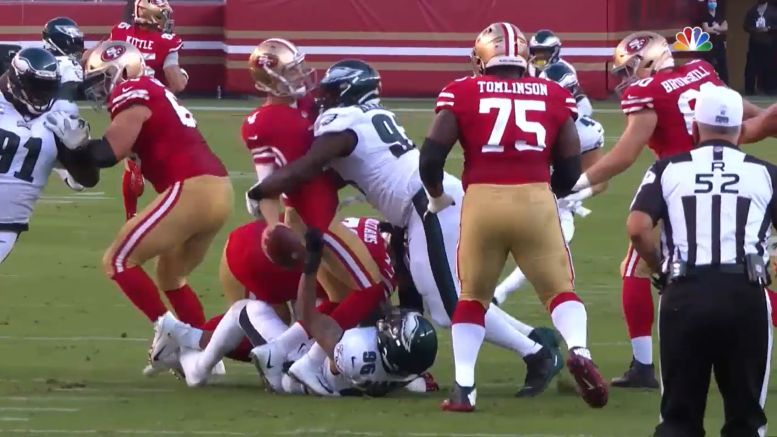 Javon Hargrave enjoyed his time with the Pittsburgh Steelers, no doubt. If it were up to him and the money were equal, I’m sure he would have loved the opportunity to continue his career in Pittsburgh, although the opportunity to play more in a 4-3 front was also an obvious factor in his departure to the Philadelphia Eagles.

The two Pennsylvania teams just so happen to be playing each other, though, and there is one thing in particular that Hargrave is looking forward to in his return to Heinz Field for the first time since he left in free agency back in March, on a three-year, $39 million deal: sacking Ben Roethlisberger.

“You can’t touch Ben, we never got a chance to touch Ben”, he told Philadelphia reporters about Pittsburgh practices. “You get too close to ‘7’ and you’re in trouble. I just look forward to trying to be able to bring him down. to finally be able to touch him and bring him down. If we give him a lot of time, he can make a lot of plays”.

Roethlisberger hasn’t needed a lot of time this year, however. He has the third-shortest time-to-throw in the league among qualified quarterbacks, averaging just 2.28 seconds between the snap to a dropback and the release of the ball. Only Dwayne Haskins, who has already been benched, and Ryan Fitzpatrick, who may be benched over the next month, have posted a quicker time-to-release number.

His time spent in the pocket is also tied for the second-shortest, with only Nick Foles averaging less time. 62.4 percent of his dropbacks have seen him spent fewer than 2.5 seconds in the pocket, which is the fourth-highest percentage of dropbacks in the league, behind only the three quarterbacks previously named, and he has completed over 73 percent of his passes for five touchdowns on such plays.

Hargrave hopes to get in the backfield in a hurry, but he knows that keeping Roethlisberger in the pocket produces the best results. All five sacks he has taken so far this year have come on plays when he has held onto the ball, and he is only completing 54 percent of his throws when he is in the pocket for more than 2.5 seconds, with two touchdowns and his lone interception.

Because of injury, Hargrave’s gotten off to a bit of a slow start in Philadelphia, but he has been on the field for the past three games, with his snap count ticking upward each week as he gets up to full speed. He has so far registered one tackle and half a sack.