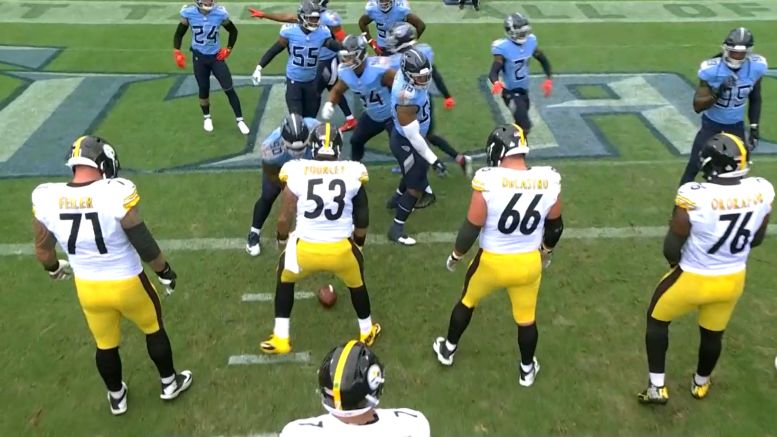 Very nearly every player who plays the game wants to win. There are some who play primarily for money, first and foremost, and that is entirely fine, of course. At a certain point, there are also those who play for the camaraderie. But winning is what drives so many, particularly the greatest to play the game.

The Pittsburgh Steelers happen to have the best record in football right now, the only team that remains undefeated through seven weeks. It’s the first time since 1978, and only the second time in franchise history, in which they have gotten off to a start of 5-0 or better, and they can match their franchise record of 7-0 on Sunday with another win.

According to David DeCastro, however, while the locker room is excited about their success, there isn’t a “crazy” amount of excitement. That’s in part because they know that it’s still early, and that the Baltimore Ravens are just a game behind. It’s partly because they know they have to get better.

For the veterans on the team who have been together for a long time, however, the chief joy is simply playing the game as a group in 2020, a prospect that has at times seemed to be more in doubt. That’s something DeCastro talked about yesterday.

“We’re just enjoying it”, he said, via video provided by the team’s PR department. “I think with the way that this whole year and this pandemic, and this anxious feeling everyone has about if we’re going to play or not, trying to figure out what’s going on—just being able to play the game of football, which we’ve done since we were kids, is a lot of fun”.

“Yeah, we happen to be undefeated”, he added, “but like I said earlier, we’re not like, crazy excited about it. It’s a normal amount of excitement. I think we’re all just happy to be playing the game, being with each other, and the winning is a bonus”.

He’s not, of course, saying that they’re not trying to go all out every week to win. If you’ll recall, there probably wasn’t a more miserable person in the locker room last year than DeCastro about the state of the offense, who was often blunt about how bad they were.

And one should not discount the value of camaraderie in group success. Playing for one another is a valuable motivational tool, and the Steelers appear to be as close in their locker room this year as they have in some time, particularly the veterans who understand that they are reaching the end of their careers.

Ramon Foster’s retirement probably really served to drive that fact home. How much longer does DeCastro have? Maurkice Pouncey? Alejandro Villanueva? Ben Roethlisberger? If they want to win together, they may have to win now.