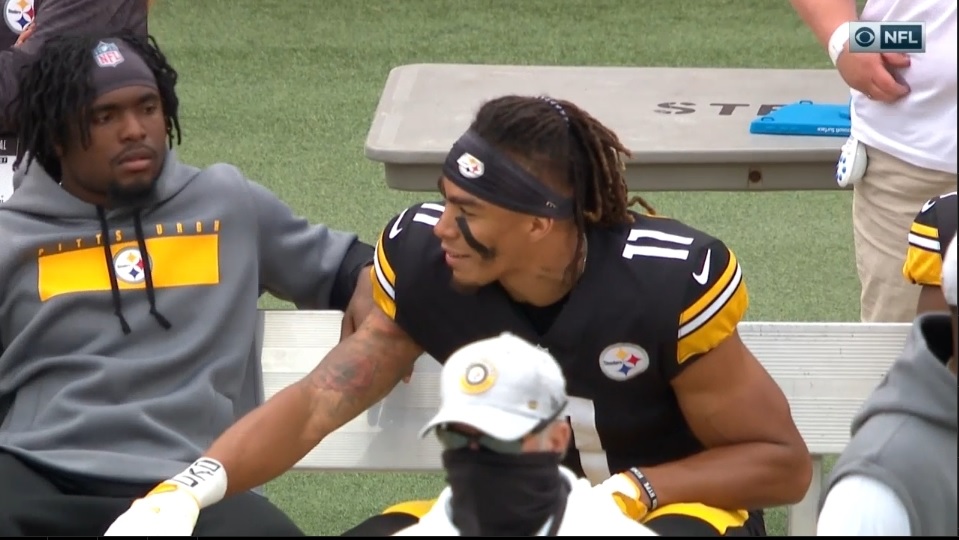 Who are you going to take away?

That’s the dilemma five NFL defenses have attempted to figure out. So far, none of them have seemed to come up with great answers. Pittsburgh’s depth on the offensive side of the ball is in itself a massive weapon. Speaking to the media yesterday, Claypool spoke to all the talent the Steelers’ offense has.

“I’ve been talking about the depth for a long time now,” Claypool told reporters via the team site. “It’s only a matter of time before teams take notice and realize there’s not much that they can do. And that’s pretty exciting. People asked me if I was worried about getting doubled. I kind of hoped that I was going to get doubled. Because I knew someone else would have a big day. And then obviously James kind of broke out there. So that was good to see.”

Teams have yet to double Claypool with any regularity, allowing him to take advantage the last few weeks. Against the Browns, he caught a 36 yard pass down the left sideline, a perfectly thrown deep ball by Ben Roethlisberger. Later, he took a jet carry for a two yard touchdown and finished things off by nearly finding the end zone again on what ultimately turned out to be a 23 yard reception. That set up a Benny Snell score.

James Washington was right there with Claypool, finishing the day with four catches for 68 yards and a score of his own, getting wide open on a double-move for a 28 yard trip to the end zone.

The theme of this offense is big plays are capable of coming anywhere. In Week 1, JuJu Smith-Schuster led the way with two touchdowns. In Week 3’s win over the Houston Texans, Ebron paced the group with five catches for 52 yards and a critical touchdown at the end of the half. Claypool exploded for a record-setting day in Week 5, a four touchdown performance against the Eagles, with Claypool and Washington teaming up to blowout the Browns.

The pendulum will swing back and forth throughout the year. If teams get bold enough to double one player, Claypool for example, it’ll free up the rest of the group. There are no easy answers for defenses trying to take this group on. So long as the Steelers’ offense consistently hits the deep ball as they did in Week 6, they’ll be as balanced and potent as almost any unit.