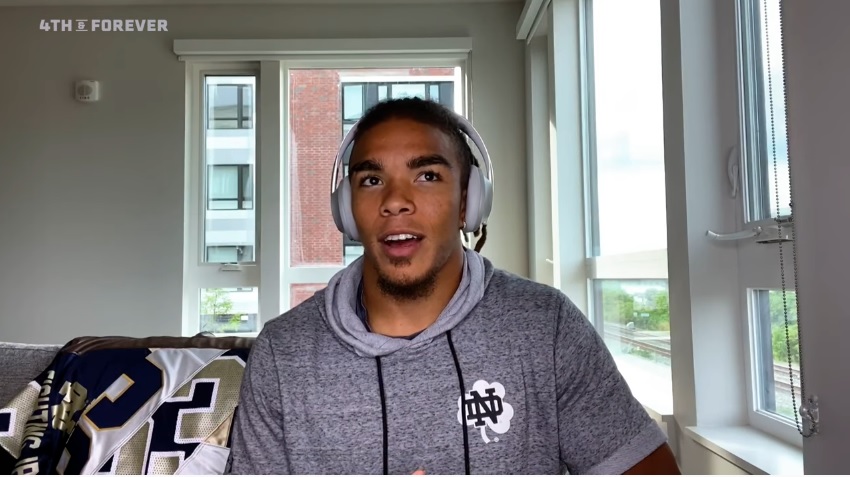 Though JuJu Smith-Schuster is only a year older than rookie Chase Claypool, he’s been instrumental in getting Claypool ready to be a professional. Joining Rich Eisen on the Rich Eisen Show Tuesday, Claypool explained how helpful Smith-Schuster has been on and off the field.

“You hit it right on the head. He’s welcomed me with open arms from the very first time when I came there. He was giving me all these great tips and advice on what to do on the field and then what to do off the field as well. To kind of capture that social media brand. So he’s been super helpful in that. I can’t thank him enough because I can already see, the rewards kind of coming through. He’s definitely a big part of the social media attention I feel like I’m getting.”

Claypool may be a rookie but he’s playing like anything but. He’s shown maturity beyond his years, showing up in camp in fantastic shape with a team-first mentality. He’s a smart football player, Ben Roethlisberger praised his football IQ after Sunday’s win over the Eagles, and is being shown the ropes by guys like Smith-Schuster. That’s led to a heck of a start to his young career, including a four touchdown performance this weekend, the first Steelers’ rookie to ever accomplish that.

It’s also led to some sudden fame for Claypool.

“I think just getting recognized more walking down the streets in Pittsburgh,” he said when asked the biggest change since entering the league. “The social media attention that’s definitely increased tenfold. So those are just two of the main things that I’ve noticed.”

Off the field, as Claypool pointed out, Smith-Schuster has been a big help. Smith-Schuster’s developed a mega brand off his name and on-field performance becoming one of the league’s most popular players. That’s led to a massive Twitter following, giant Youtube channel, with more sponsors than probably any of us can keep track of. Claypool’s created his own Youtube channel and is already up to 73,000 Twitter followers. His recent tweet photoshopping his face on Tom Brady’s “4” meme went viral with 112,000 likes.

Most rookies are chalking 2020 up to a redshirt year. A time to sit and learn and get after it next offseason when there’s a true teaching period between OTAs, minicamp, training camp, and preseason. Especially for receivers, a notoriously tough position to make the leap to. Not Claypool. He’s hit the ground running with a tremendous attitude on a team that doesn’t make excuses, even during a once-in-a-lifetime global pandemic. His on and off field success is higher than what most expected. And based on what we’ve seen, he’s only just getting started.