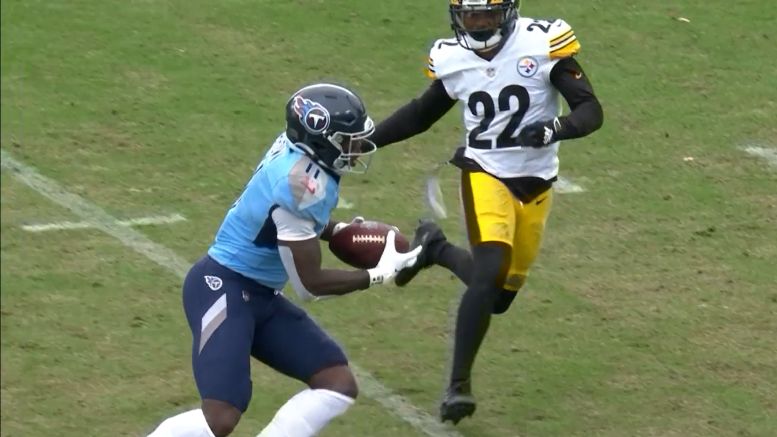 The Pittsburgh Steelers have literally only once before had a 6-0 record, and that was back in 1978, a year that they won the Super Bowl. They now have the outright lead for the best record in the NFL, which means they are in the driver’s seat for the one and only postseason bye—after two years of missing the postseason entirely.

But there are still 10 more games to go, and they really don’t appear to be thrilled about how the last game ended. After going into halftime with a 17-point lead, they were outscored 17-3 in the second half, and only escaped a trip into overtime by virtue of a missed 45-yard field goal in the final 20 seconds of the game.

Defensive captain Cameron Heyward had just one tackle and a quarterback hit during the game. He seemed to speak for everyone after the game with his understated demeanor, expressing a lack of contentedness not only with where they are, in light of what’s to come, but also how they’ve gotten there.

“I don’t take it for granted”, he told reporters after the game about the win, via transcript. “But there’s a way that we like to play and there’s a lot of meat on that bone as coach likes to say. I’m fine saying that. I believe in the guys we got, and I’m confident we can do more. I look forward to answering the call next week”.

After blowing out the Cleveland Browns 38-7 a week ago—a team that has only lost to the Steelers and the Baltimore Ravens so far—they narrowly escaped Tennessee with a three-point win, even after holding a 20-point lead with about 20 minutes to play.

The Titans are certainly one of the toughest teams in the NFL, and maybe the very toughest in the fourth quarter. They entered the day already with four game-winning drives in their five games, all wins, so what happened to them today has actually been rare in their being able to finish the comeback.

Still, from the Steelers’ perspective, it’s hard to take comfort in throwing accolades upon their opponent when they know they could have done so many things better during the game, especially in the second half. A 20-point lead in the fourth quarter should never require a missed field goal in the final minute to escape over time.

What Heyward said is correct. This is a 6-0 team that still has a lot of meat on the bone in terms of getting better, particularly in the area of eliminating mistakes. A missed tackle on a 73-yard touchdown. A holding call on fourth and goal. A couple of unwise interceptions. Unforced errors that are easily reversible. And they had better be reversed by next week.