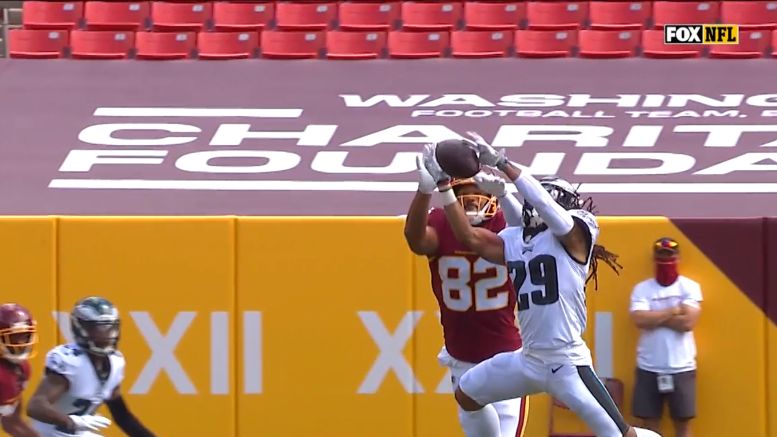 The Philadelphia Eagles may or may not be a good team, but the best way to ensure that a bad team has a chance to beat you is to approach them as though they are a bad team. The Pittsburgh Steelers are not taking that approach as they await a visit from their cross-state rivals, who are just 1-2-1 (and leading their division!) through the first quarter of the 2020 season.

“They’re definitely better than their record”, he told host Mark Madden on Thursday on 105.9. “Things haven’t always worked out. They’ve had some injuries early on in the season. They’ve had to shuffle their o-line around. But I think they’ve got a really good defensive front. Fletcher Cox and company, and then they got our guy Javon Hargrave out there dominating. They’re starting to work together, they’re starting to become a better unit”.

The Steelers and the Eagles come into this game as the two teams with the most sacks in the NFL. The Eagles have the most with 17, but they have played four games to the Steelers’ three, during which they produced 15 sacks, which is still second-most.

Heyward recognizes that Philadelphia’s offense has had a lot of issues with personnel, with several offensive linemen and wide receivers banged up, and that has been a part of their struggles, but he has also seen Carson Wentz put things together at times.

“On the offensive side of the ball, when you’re looking to shuffle everybody around, and then Carson Wentz finally gets into a rhythm, you saw he really got going”, he said. “Just a couple of quick, easy passes, and then everything else opened up. He was able to make him pay with his feet as well as with his arm”.

Statistically, this has been a rough season so far for Wentz, who is 97-for-160 passing for 930 yards, averaging just 5.8 yards per attempt, with only four touchdown passes to seven interceptions, which leads the league, though he also has three rushing touchdowns.

“We’re gonna have our work cut out for us”, the Steelers’ defensive captain said on facing the Eagles. “This isn’t gonna be a 4-0 team versus a 1-3 game. You’ve really got to bring your lunch pail because this is going to be a 60-minute game”.

One of the greatest fears Steelers fans seem to have is facing teams who are perceived to be bad, because they hold a largely false perception that Pittsburgh disproportionately ‘plays down’ to the competition and loses too many games that they ‘should’ win.

That theory will be tested against the Eagles. Yes, they should win the game. No, they should not enter the game assuming it will be a win because of that. Every win takes work.