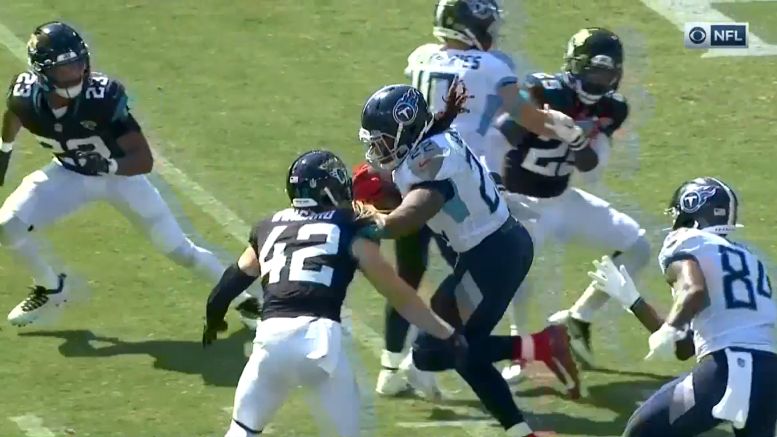 Explanation: The Steelers have one of the best run defenses in the NFL right now, statistically speaking, and just defeated the top-ranked rushing offense in terms of rushing yards per game. Up next, however, they have the current and reigning rushing champion in Derrick Henry, facing the Tennessee Titans on the road.

Derrick Henry is an excellent running back, make no mistake about that, and if you fool yourself into thinking that he is just a physical runner, he’s going to finesse his way to a 60-yard touchdown in the process.

It’s even possible that he manages to break one against the Steelers. But unless it wins the Titans the game, that won’t be an overall victory. The play-to-play attrition is what matters, and that’s where the Steelers have been effective. They’re not just holding teams to few yards per game and per attempt, they’re also registering a high number of tackles in the backfield and allowing low percentages of successful plays.

Henry really helped his 2020 profile with his last game, and especially with a late 94-yard touchdown. Over the team’s first four games, he as only averaging 3.72 yards per attempt. And the Steelers have the most talented front line in the NFL.

Talent and discipline don’t always go hand in hand, though, and we have seen the issues with gap control lead to negative results against this team before. They will be adjusting to a new signal caller and to life without Devin Bush as well, and that’s a factor that’s hard to quantify except to simply recognize it as a major negative.

Henry may not have an incredibly efficient game against this Steelers defense, but he can very well win the war off attrition. The Titans will run him 35 times if they have to, and it may be that 35th touch that finally breaks their back. That’s a part of what makes Henry a great back. He’s built for the heavy load, and embraces that role.