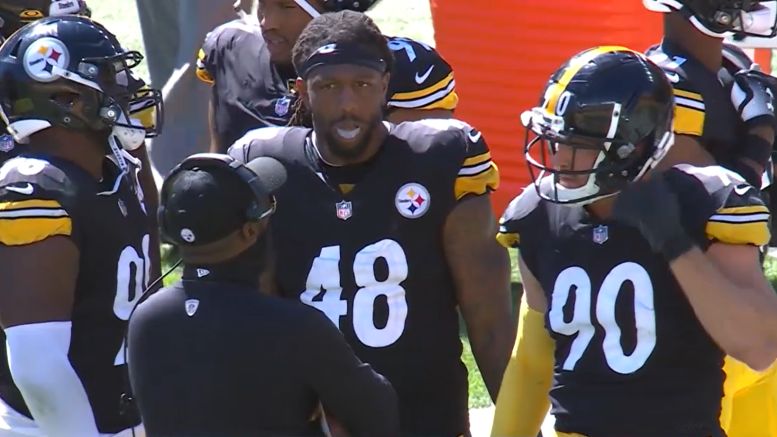 Taken as a whole, T.J. Watt and Bud Dupree have been the Pittsburgh Steelers’ two most successful first-round picks since David DeCastro in 2012—or two of the three, if you factor in Ryan Shazier, who made two Pro Bowls before his injury.

The tandem is in its fourth season this year and has already compiled six combined sacks through three games, which outside of the Cleveland Browns, since Myles Garrett has five on his own, is tied for the most in the NFL by any two teammates, with Jason Pierre-Paul and Shaquil Barrett of the Tampa Bay Buccaneers.

That hasn’t been an accident. The two put in the work, both in their craft and in their brotherhood, as Dupree told reporters earlier today. “We work hard in the offseason. We work hard during practice”, he said. “We just want to continue to get better and better each week and continue to be a threat for opposing teams, and continue to keep that fire underneath us so we can push this defense to be the best we can possibly be”.

Dupree was a first-round pick in 2015, Watt tin 2017. The latter had a faster start to his career, but the two have formed one of the best edge-rush duos in the NFL for the past three seasons. And they have grown close as well.

Their relationship profits both on and off the field from the work that they put into it, and they consistently push one another to grow, and help one another to get there. But that communication also serves a very pragmatic in-game purpose.

“There’s never enough knowledge in the game of football, and to continue to get better and better, it’s always going to take a progression of things, as far as mentally, physically, and just seeing things on the field that your counterpart may not see”, he said. “So if I’m seeing something on my side, I can relay it to T.J., because he may end up getting it eventually on his side as well”.

The bad news is that Dupree, who is playing out this season under the franchise tag, will be an unrestricted free agent in 2021, and it’s difficult to envision a plausible scenario in which the Steelers are able to afford him—and many other pending unrestricted free agents—while also signing Watt to a lucrative extension next year. 2020 may be their last ride together, so they’d better make it count.