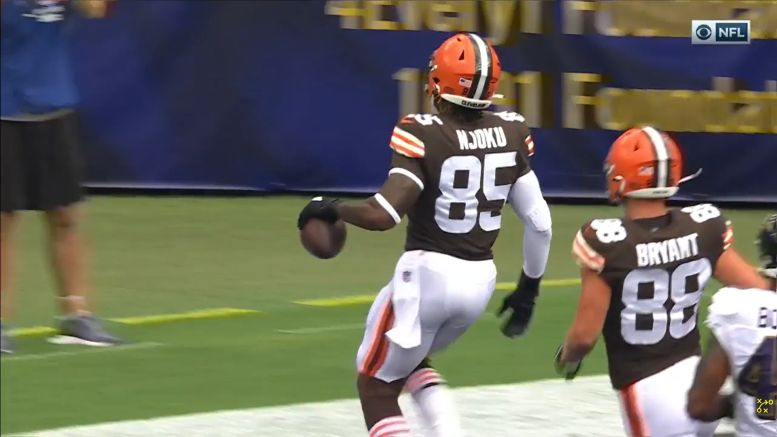 It hasn’t been the greatest week for Mary Kay Cabot in her career as a journalist covering the Cleveland Browns. This past week, she drew some heat for the manner in which she characterized a comment that Pittsburgh Steelers defensive lineman Cameron Heyward made regarding Baker Mayfield and his health.

In answering a question about how he would approach Mayfield knowing that he’s ailing, he gave a thoughtful answer which did conclude by acknowledging that he believes it’s defenders’ jobs, essentially, to make players who choose to play through injuries very aware of their injuries when they’re playing.

I personally had no issue with Cabot’s coverage of Heyward’s quote, which was an accurate one, but many took it to imply something deeper, indicating that he was suggesting playing dirty. I did not take it that way, but one remark that she made during the game prompted Heyward himself to respond after the game.

This is a long-winded preface in saying to take this with a grain of salt, but now she is reporting that Browns tight end David Njoku has renewed his request to be traded, which he had earlier in the offseason acknowledged was legitimate.

She wrote yesterday that a league source told Cleveland.com that Njoku, the former first-round draft pick, would still like to be traded. It should be noted that the trade deadline is just two weeks away as of today.

For his own part, the fourth-year tight end Tweeted in response that he “did not say anything to Mary Kay about a trade request”…but that really does not say anything. She did not say that Njoku himself told her that. She said a league source told her venue that he still wants to be traded.

Many players, coaches, and owners have claimed to have not said things that, while technically true, nevertheless they still believed, and which their actions would later demonstrate that they might well have said out loud in the first place.

It would hardly be surprising if a player who wanted to be traded a couple of months ago would want to be traded now, especially with it being readily apparent that free agent signing Austin Hooper has settled in as the team’s number one tight end. He has 22 receptions on the season on 33 targets, tied for the second-most targets on the team. They also use Harrison Bryant a lot at the position.

Njoku has missed three games this season due to injury. He has just five receptions on the year to date on seven targets for 63 yards with one touchdown. The Browns have already picked up his fifth-year option, so he is under contract through 2021. Considering the Baltimore Ravens moved Hayden Hurst this offseason, it wouldn’t exactly be a shock for the Browns to move Njoku under a regime that did not draft him, or that he would want to be traded.