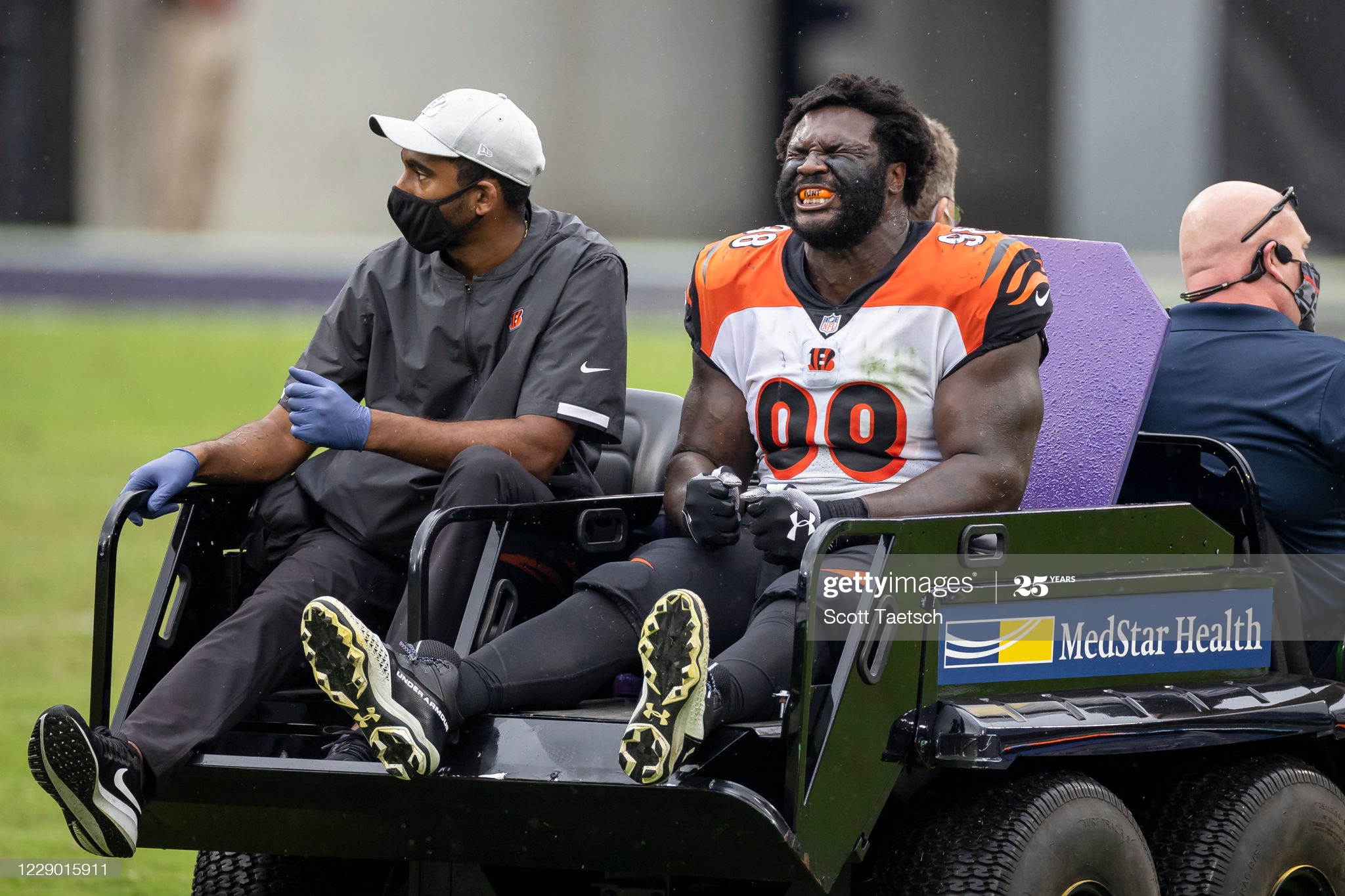 The Cincinnati Bengals may have recently claimed their first win of the Joe Burrow era, but all it took was a meeting with the Baltimore Ravens to send them spiraling back to Earth, as they were handily trounced by a score of 27-3 as Burrow had arguably his worst game of the season yet.

In all, he completed 19 of 30 passes for just 183 yards, throwing one interception with no touchdowns, fumbling twice and losing one, and taking seven sacks. Needless to say, that is not at all how he was hoping things would go building off of his first victory as a professional.

He won’t get as much help from his defense now, with the Bengals placing D.J. Reader on injured reserve, his season now over. Cincinnati had just made him the highest-paid nose tackle in the history of the NFL this offseason to pair with Geno Atkins in the middle. He is now lost for the rest of 2020.

In addition to the loss of Reader, they will also be without left defensive end Sam Hubbard, likely for multiple weeks, after he left Sunday’s game after suffering an elbow injury. Carl Lawson will have to fill in his shoes as they prepare to face the Indianapolis Colts and the Cleveland Browns over the next two weeks.

The defense overall has been okay this season, particularly the passing defense. They have allowed only 1143 passing yards so far and seven passing touchdowns, both of which rank among the 10 best in the NFL. They have one of the worst run defenses statistically, however, giving up nearly 800 yards and at 5.2 yards per carry.

Losing your run-stopping defensive tackle won’t make that any easier—oh, and by they way, they also lost Mike Daniels last week. A veteran interior defensive lineman they signed for insurance, he only played in two games and suffered an elbow injury in practice earlier this month.

In order to try to address their depth, the Bengals just signed Xavier Williams, a street free agent who was a former undrafted player, but has carved out a six-year career for himself. He spent time earlier this year on the Patriots’ practice squad before being released last week.

Williams’ most notable season was in 2018 with the Kansas City Chiefs, during which he was a starter, accumulating 46 tackles with two and a half sacks. He was also with the Chiefs last season, but spent much of the year on injured reserve, though he was back healthy for the playoffs, during which he earned a Super Bowl ring.