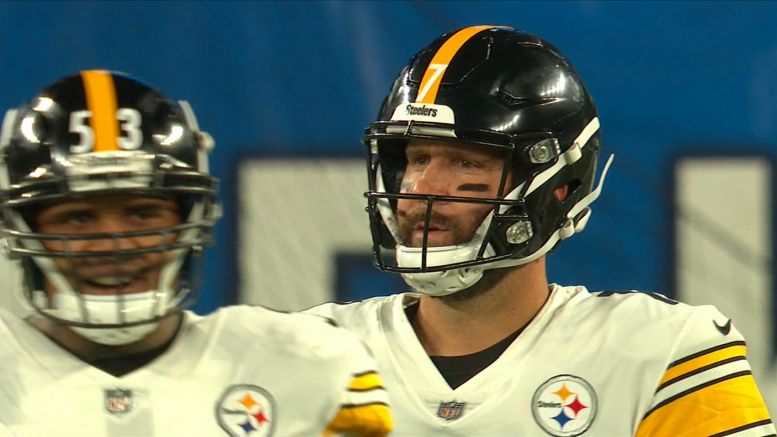 The Pittsburgh Steelers and their fans might be happy with the play of quarterback Ben Roethlisberger through three games, but he is not. Even though he has thrown for 777 yards with seven touchdowns to only one interception, the 38-year old has taken himself to task after every game. Following the last outing, he told the media that he would let them know when he feels like he’s played a good game.

Pro Football Focus leans more toward siding with the player on his own evaluation than with the fans and the organization. In a recent article, the site posted its quarterback rankings through the first four weeks of the season, and the seasoned Steelers slinger only came in ranked 20th in the league with a 69.9 grade.

“It’s only three games, but we’re seeing an odd, game manager-like style from Roethlisberger, who ranks third from the bottom in positively graded throws but also tied for fourth-best at avoiding turnover-worthy plays”, writes Steve Palazzolo.

The top five ahead of him are Cam Newton, Ryan Fitzpatrick, Matt Ryan, Ryan Tannehill, and Drew Brees, from 15 to 19, while the five behind him in descending order are Jimmy Garoppolo, Justin Herbert, Baker Mayfield, Derek Carr, and Nick Foles.

I have a feeling PFF is not going to be endorsing Roethlisberger as a candidate for the MVP Award race this year. In fact, while they have previously viewed him as underrated and one of the top quarterbacks in football, they have soured on his performance over the past several years.

Palazzolo’s statistics are not surprising by what we have seen, of course. It is actually very encouraging that Roethlisberger has so far been pretty successful in avoiding the sort of negative throws that he has been prone to make in the past.

However, he has more than ever been relying on small-ball play, with his average depth of target being the most shallow that it has been since the start of his career. I do believe that this is a product of his playing his way back into football form and into a level of comfort, however, and that this will be an evolving process over the course of the season.

It is worth keeping the perspective of just what Roethlisberger is doing. No quarterback has ever had the specific injury or subsequent surgery that he has had only to come back and play. He suffered three torn tendons in his throwing elbow, a major injury, and there were legitimate questions about what he would be able to do professionally going forward.

I think he has largely answered all questions pertaining to his physical ability, but there is still some fine-tuning to do as far as his actual performance goes. And that’s fine. Frankly, the Steelers have the roster that allow them to function through that process, as long as he takes care of the football, and so far, he has.