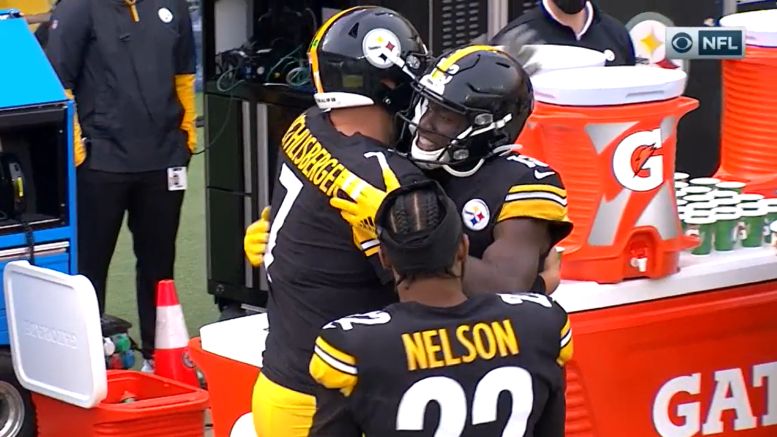 It’s not often, especially at this stage, that the Pittsburgh Steelers win a game in which Ben Roethlisberger only throws for 162 yards. As an offense, in fact, they only had 277 yards. But they beat their opponent by 31 points, 38-7, and 31 points were scored by the offense.

“It was one of those weird feelings, because it didn’t feel like we were doing a lot on offense”, Roethlisberger said after the game. “I mean, yeah, we ended up scoring 31 points on offense. I know that the defense got a touchdown for us. But it just never really felt like we did much”.

Part of the reason for this is because it was a game that moved quickly. The Steelers only ran 62 offensive plays, the Cleveland Browns a mere 54. The 116 combined plays is on the low end of what you would expect in a typical game, in which both teams could see over 70 plays.

Another factor that has to be worked in is the fact that the defense helped give the Steelers a short field several times, via takeaways and fourth-down stops, and punts forced deep into their own end. Pittsburgh opened four possessions during the game at midfield or better, and another two times at at least their own 45-yard line. So shorter fields mean shorter drives, fewer yards, and fewer plays. They didn’t do a lot on offense, perhaps, but they didn’t have to.

And they got contributions from a lot of places. Three different players scored a rushing touchdown, for example, though, for the first time this season, Roethlisberger had only one passing touchdown. That went to James Washington on a 28-yard snag.

On just 22 targets and 15 completions, the Steelers spread the ball to seven different players in the passing game, in a game in which Diontae Johnson was out. Ray-Ray McCloud, Deon Cain, who was elevated from the practice squad, and Vance McDonald were the only skill players who did not record a reception.

“That’s what is special about this team, and the offense, is everyone contributes, and everyone makes plays”, Roethlisberger said about seeing contributions from all over the place. “Today, James [Washington] made a big play on the touchdown for us”.

I’m not sure many people thought heading into this season that the Steelers would be able to put up 30-plus points on offense in a game in which JuJu Smith-Schuster and Johnson combined for two catches for six yards, but that’s what they accomplished today.

It helps that Chase Claypool and Washington combined for two scores and about 150 yards of offense and that James Conner rushed for over 100 yards on the day. It also helps that the Steelers’ defense smothered the Browns.