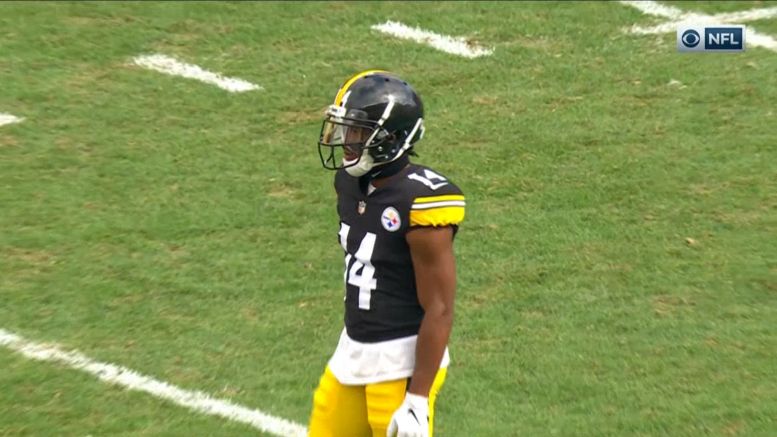 Reasoning: Through the first three weeks of the 2020 season, wide receiver Ray-Ray McCloud has been proving himself to be an explosive return man who presents the danger to break one for the distance, and is being incorporated into the offense now.

A former sixth-round pick, McCloud has already cycled through a few teams by the time he got to Pittsburgh. They only brought him in during the middle of training camp, but he impressed enough that they felt he was worth keeping on the 53-man roster—over both Deon Cain and Ryan Switzer, the former being on the practice squad (the latter is on Cleveland’s practice squad).

Through three games, he is averaging 28.8 yards per kick return for the Steelers, with five total returns for 144 yards. He has recorded a 49-yard return, which is the longest Pittsburgh has had since JuJu Smith-Schuster returned one for a touchdown at the end of the 2017 season.

What’s more, he had the opportunity to do some work as a punt returner after Diontae Johnson was injured last week. He returned two punts for 25 yards, one for 12 and the other for 13. And some of his returns look even more impressive when you watch them, showing explosiveness, burst, vision, elusiveness, and even physicality.

One top of that, in their last game, the Steelers began the process of introducing him into the offensive process. He only played three snaps and was not featured by any of them, but you know that they are setting things up for him.

With Matt Canada helping to work pre-snap motion and some more creativity in the offense, McCloud, when on the field, will be an important decoy in forcing defenses to respect his speed when he motions behind center before the snap, as he did in the last game.

And eventually, he is going to get the ball, on an end-around, maybe a reception, something simple that is designed to give him the ball in empty space. He’s likely never going to be more than a niche weapon primarily used as a diversion or on gadget plays, barring injury, but for his role, that’s enough.