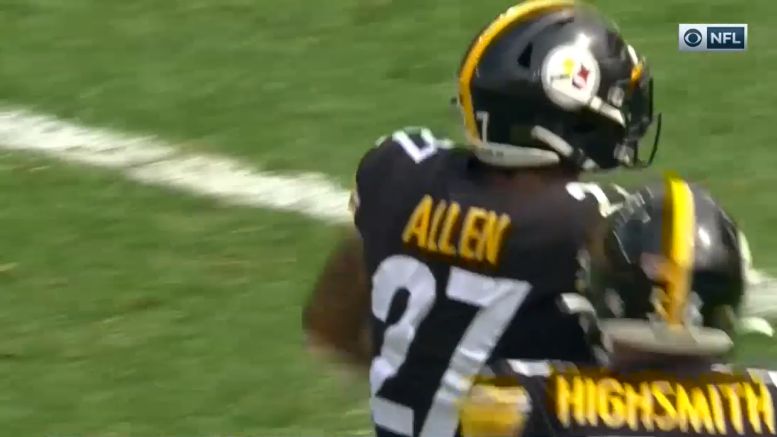 Reasoning: Just as it seemed Marcus Allen was beginning to have an impact in some area of the team—on special teams—he suffered an injury that Mike Tomlin said would likely keep him out of Sunday’s game, assuming there is a game.

Believe it or not, but Marcus Allen has already established a new career-high snap count over the first three games of the 2020 season, logging 33 snaps so far. They all came on special teams, granted, but that is more opportunities to get on the field than he has had in either of his previous two seasons.

He has actually established a new career-high in games played, as well. As a rookie in 2018, he was a healthy scratch for most of the year, playing in two games. He logged 18 snaps on defense and 12 on special teams. Last season, he spent most of the year on the practice squad. He ultimately dressed for one game, playing seven special teams snaps.

This year, he managed to show enough to Danny Smith and Mike Tomlin in training camp that he is capable of being a significant member of their special teams units, and he has averaged 11 snaps per game in that phase, including 14 on Sunday in Houston, during which he picked up two tackles.

Evidently, at some point on one of those 14 snaps, Allen suffered a foot injury, which Tomlin described as plantar fasciitis, which could linger. He was described as doubtful to play, but room was left in case it “perks up” at the end of the week.

Allen has moved to linebacker this year. He is now listed only as a linebacker both on the team’s roster and depth chart, and he has so far been dressing over Ulysees Gilbert III, who accumulated 150 snaps on special teams as a rookie last season in just seven games.

It’s a possibility that Gilbert could sneak in and retake his place on the active list if Allen misses time and he’s able to make an impact. Virtually everybody anticipated that Gilbert would be a weekly active this year and potentially even a defensive contributor, but Tomlin has had other ideas, dressing Allen and Robert Spillane as the backup inside linebackers, among others.