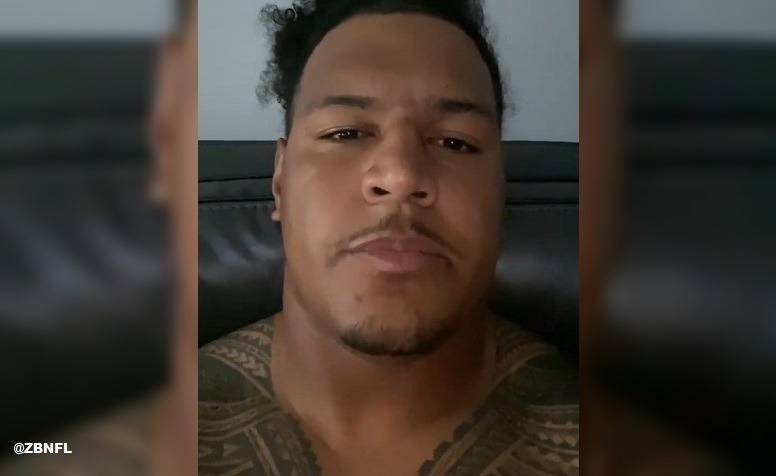 It’s now official that Pittsburgh Steelers tackle Zach Banner will miss the remainder of the 2020 season with a right knee injury.

Banner, who started at right tackle Monday night against the New York Giants, said Tuesday evening in a Twitter video that the reports of him tearing the ACL in his right knee are indeed true and that he is scheduled to have surgery on Friday to have the injury repaired. Banner promises to come back even stronger in 2021.

Last night I showed I belong in this league. I’m very optimistic about the future, and excited to be back stronger and better next year.#HulkSmash pic.twitter.com/F1W2KcNgVW

“Everything’s going to be OK,” Banner said. “I’m going to get over this. I’m excited about my recovery process and I’m going to come back even stronger next season. It’s another obstacle that I’ve got to get over.”

It’s certainly unfortunate news for Banner, who had won the right tackle job during this year’s training camp battle against Chukwuma Okorafor. While this is Banner’s fourth season in the NFL, Monday night was his first official start as a tackle.

While Banner won’t get a credited season in 2020 due to him going on the teams Reserve/Injured list prior to Week 4, he will get an accrued season. That means that Banner should remain on track to become an unrestricted free agent in March of 2021. This past offseason, Banner signed a one-year, $1.75 million contract with the Steelers.

Had Banner remained healthy and had a good or great season as the Steelers starting right tackle, he would have been primed to sign a much more lucrative and longer termed contract after the start of the 2021 NFL league year in March. That also would have increased his chances of not being back with the Steelers in 2021.

With Banner now suffering this knee injury, there’s now a much better chance he’ll return to the Steelers in 2021 and possibly on another one-year contract for near or at the minimum level.

While the knee injury that Banner suffered was horrible, at least it happened early in the season. Assuming his surgery goes fine, and his rehab stays on the projected course, Banner should be ready to resume practicing by the time training camps open in July of 2021.