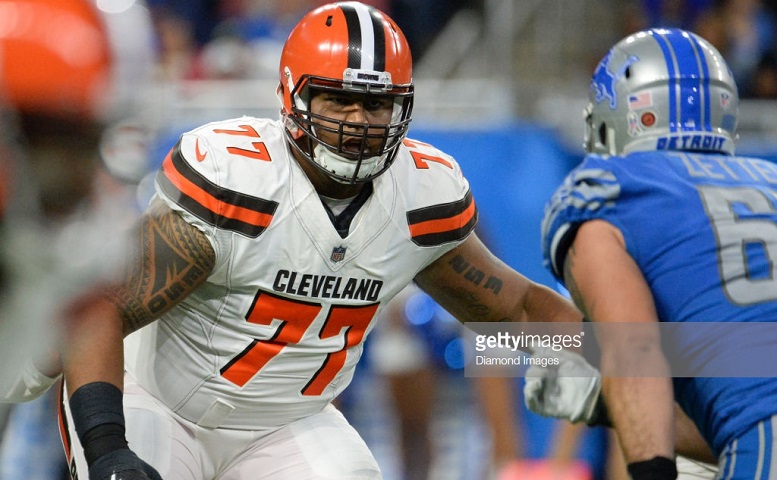 Today marks the NFL starting debut of Zach Banner, who was officially named the starting right tackle of the Pittsburgh Steelers by head coach Mike Tomlin a little under a week ago, at least toward the media. In his fourth season in the NFL, he spent the Summer battling Chukwuma Okorafor for that job—a job that would only be available if one of them proved worthy, because otherwise it would have stayed in the hands of Matt Feiler.

A fourth-round pick by the Colts in 2017, he was waived and ended up with the Browns, spending his rookie year there. Picked up by Pittsburgh in mid-August of 2018, he showed enough to make the 53-man roster as an inactive ninth lineman due to his potential.

Last year, he was able to earn the top backup job behind Feiler, and he ended up playing over 200 snaps—but none of them came at tackle, all at tight end as an extra lineman. The ‘tackle-eligible’ role, which he made famous, but which he’s ready to leave behind for a starting role.

In fact, the only NFL experience he has playing as a true offensive lineman came all the way back during his rookie season with the Browns, which consisted of just a couple dozen snaps late in the year due to injuries. For Banner, that’s distant memory, and is incomparable to this moment.

“Never really think about it just because it was just a different organization, different team”, he told reporters last week. “But when you look back at things like that, it just makes me think right now, man, that’s crazy. Look at those pictures from that game, post-game. Look how big I was. My hair was trash. All that stuff. It feels good to be a 26-year-old guy looking down upon my 23-year-old self, because it means we’re making progress and we’re getting better”.

Those couple dozen snaps are far different from what tonight’s game will represent. The man who is out there on the field will be a much different man from the one who very briefly was on the field for Cleveland back in 2017.

Zach Banner has a big and warm personality that is readily apparent, but he has a laser focus when it comes to anything pertaining to his job. He talked a lot recently about how much work he has put into, even this offseason, into giving himself the best opportunity to seize the opportunity put in front of him.

That’s exactly what he did, and now he’s a starter, with the opportunity to make himself back in free agency in March. And it comes with his fourth different team. He found a home in Pittsburgh. Hopefully he earns it and somehow manages to stay here.