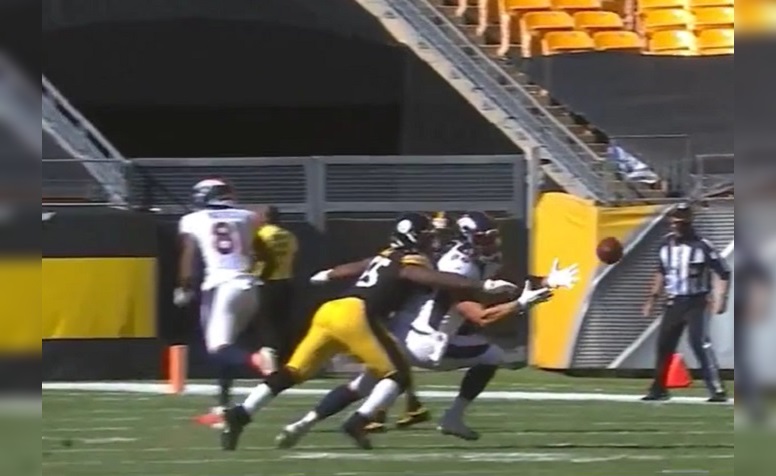 The Pittsburgh Steelers defense was far from perfect in the team’s Sunday home win against the Denver Broncos as the unit allowed 319 yards of total offense and 21 points. To make matters worse, most of the Broncos passing yards came from their backup quarterback Jeff Driskel, who had to relieve injured starter Drew Lock early in the game due a shoulder injury. On top of everything else, the Steelers defense incurred six of the team’s 10 penalties during the game with four of them being pass interference calls. A few of those four seemed to be very questionable calls and that seemingly didn’t sit well with inside linebacker Vince Williams.

You can’t really blame Williams for his tweet, which seems to be him complaining about some questionable penalty calls during the game.

Below are the replay clips of both plays for all to look at. We’ll see what the all-22 versions of both plats look like early in the week to see if Williams’ seemingly beef with officiating is indeed warranted.

Fortunately for the Steelers, they still managed to win Sunday’s game. Edmunds helped play a part in that as he sacked Driskell on a fourth-and 2 play from the Steelers 15-yard-line just a handful of plays after he was flagged for pass interference. That sack came with just under two minutes left in the game and the Steelers clinging to a 5-point lead.

If Williams isn’t referring to Sunday’s officiating, he’s referring to the Steelers defense beating themselves on Sunday in addition to the Broncos. If so, he wouldn’t be wrong in that statement.