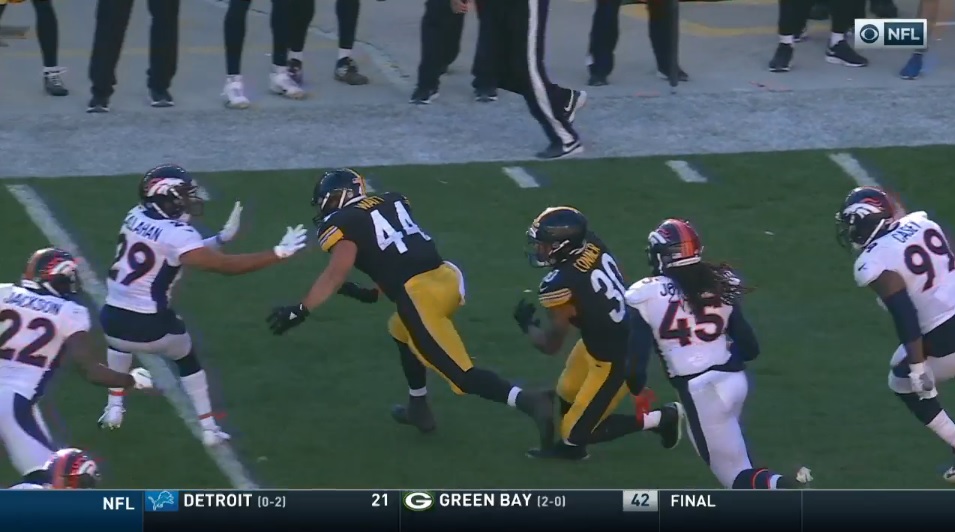 Through two weeks, maybe the number one complaint I’ve heard from Steelers’ fans is the lack of a fullback. The team paid Derek Watt good money in the offseason. So why isn’t he on the field more?

In his first two games with the black and gold, Watt’s played 14 offensive snaps. Three of those have been kneeldowns. Asked if Watt’s usage in the offense will change after dealing with a training camp injury, Mike Tomlin said that position will always ebb and flow.

“Those of you that have followed us over the years know that we don’t use the fullback to the same degree week in and week out,” Tomlin said during his Tuesday presser. “There could be several weeks where there could be a minimal role. It could be a several week stretch where it could be a significant role. We didn’t keep any secrets in that regard. I think that’s the nature  of everybody’s really global use of the position in today’s game.”

The run game has been successful with Watt on the field. Excluding kneeldowns, the Steelers have run the ball on all 11 of his snaps. They’ve carried it 11 times for 88 yards, an eight yard average, highlighted by James Conner’s career long 59 yard rush against the Denver Broncos Sunday. Conner ran behind Watt, who threw a block to spring him into open grass. The Steelers have had a successful run on five of those 11 runs.

Fullbacks aren’t used the way they were in the 70s, 80s, or 90s, but they have seen a slight revival for today’s modern NFL. A counter to defenses in sub-packages, teams who’ve put an emphasis on speed and athleticism over size and run stopping ability. Half the league, 16 teams, have used a fullback for at least one snap this season. Particularly in the AFC North. The Ravens rank 2nd in FB snaps with FB/DL Patrick Ricard while the Cleveland Browns are fifth with Andy Janovich. Of teams who’ve used a fullback, only the Seattle Seahawks have had fewer snaps than the Steelers’ 14.

“That’s why his usefulness and abilities in the special teams area was a significant component of us acquiring him as well. And I think you’d agree that he’s been very significant in that area, registering stats in both games. A safety and splitting the double team in the kickoff at the 20 yard line last week to mention a few of those.”

Watt’s played 40 special teams snaps, logging time on every unit except for the field goal teams. Those 40 snaps are tied for most by any fullback in football and first on the Steelers. He’s already recorded four tackles and capitalized on Broncos punter Sam Martin’s dropped punt last week, officially getting credit for the safety.