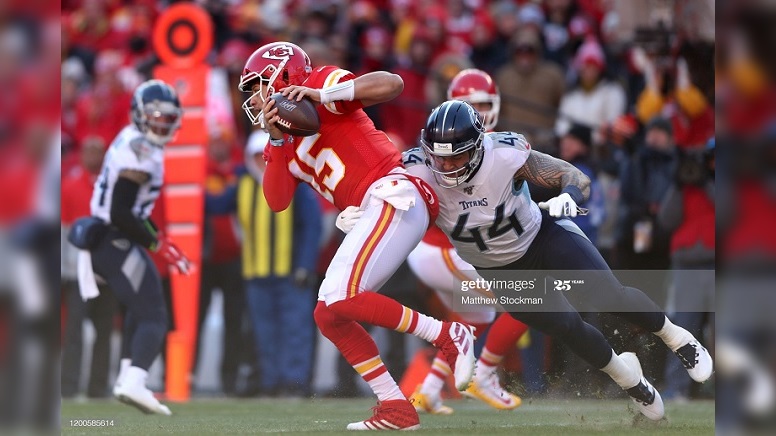 Wednesday morning, it was reported that a fourth Tennessee Titans player had tested positive for COVID-19 in the most recent round of testing and now it’s being reported that the player was outside linebacker Kamalei Correa. The Titans have now placed Correa on the team’s Reserve/COVOD-19 list.

Titans defensive lineman DaQuan Jones and long snapper Beau Brinkley were added to the team’s COVID-19 list on Tuesday, along with tight end Tommy Hudson from the team’s practice squad.

Correa, who played a total of 39 defensive snaps in the Titans first three games of the season, was also a contributor for them on special teams in those contests. He entered Week 4 having registered two total tackles and two quarterback hits on the season.

Correa was originally drafted by the Baltimore Ravens in the second round of the 2016 NFL Draft out of Boise state. In August of 2018, he was traded by the Ravens to the Titans for a sixth-round pick in the 2019 NFL Draft.

In addition to the four Titans players that have now tested positive for COVID-19 since Sunday, five personnel members have as well. One of those five was Titans outside linebackers coach Shane Bowen, who did not travel with the team this past weekend for the road game against the Minnesota Vikings.

Currently, the Steelers Week 4 game against the Titans that was originally scheduled to take place on Sunday is now looking like it might be played on Monday. Tuesday would be the latest the game could be played. The game might could still be cancelled should more Titans players wind up testing positive for COVID-19.