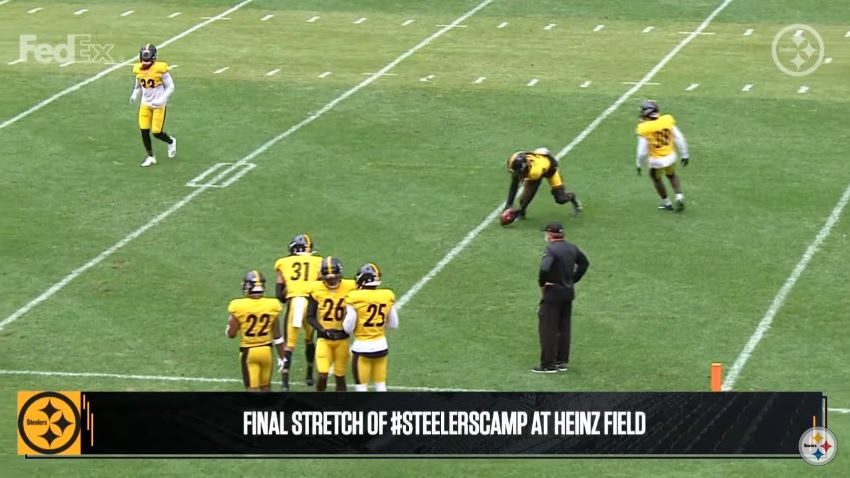 For the Pittsburgh Steelers secondary, the secret was there was no secret. Improving the back end of the defense meant adding talent through any avenue. High draft picks like Terrell Edmunds. Making aggressive moves in trading for Minkah Fitzpatrick, spending money on Steven Nelson, taking advantage of Joe Haden’s release from Cleveland. It’s no surprise to see this secondary finally produce after years of failure.

But if there was an X Factor to it all, it’s Teryl Austin. Hired in 2019, he’s still listed as a Senior Defensive Assistant but his role and impact has been much larger than that. He’s effectively the team’s DB coach. A title still held by Tom Bradley but if you’ve watched a training camp practice, Austin is the dude driving the bus.

Austin’s biggest impact has arguably come by bringing a more aggressive, turnover mentality. It’s not being preached either. It’s literally being practiced. It was immediately obvious last season. Austin was one of the first people on the field during training camp, setting up a JUGs machine for DBs to catch on before the first horn.

“– Safety Marcelis Branch was the early bird. On the far end of the field, he spent a few minutes catching on the JUGS machine too.  It was a precursor of what was to come. Early in practice, new defensive assistant Teryl Austin put all the defensive backs on the JUGS machine. It went like this.

Five receptions of planting and driving downhill. Half speed, nothing too crazy, but getting closer to the machine each time. Work on playing off coverage, finding the ball, and driving on it. They did nine more going side to side. Jog left, catch, jog right, catch. Back and forth, each player, until the line was complete. The defense jumped on the JUGS machine after practice too. Vince Williams was the first man on it and they rotated through.

This was a defense who dropped too many passes last year. And the coaches know it. Good sign.”

That carried over through individual drills too. A turnover circuit, focused on getting the ball out, taking the ball away, drills finished by catching the ball. A concentrated effort on making plays on the football in the run and pass game.

The effort paid off. Pittsburgh finished with 38 takeaways, tops in football, and was the only reason why the Steelers brought back their season from the grave and remained competitive down the stretch.

Austin’s focus hasn’t waned in year two. During the Steelers’ Wednesday live stream, the cameras caught a glimpse of one of those drills. In this clip, the Steelers’ DBs are working on angles to the ballcarrier, playing inside out, but crucially finishing it by knocking the ball out and picking it up. Take a look.

Every DB went through the drill. Run to the ball, wrap up, punch the ball, recover it. It’s a small thing, I know, but these are drills that get repped every day in practice. It becomes habit for these players and instinct when they take the field on gameday.

If there was an area this secondary could improve, adding a few more forced fumbles is on that list. Steelers’ DBs recorded three of them a year ago, one each from Mike Hilton, Minkah Fitzpatrick, and Joe Haden. Not a terrible number but one that could be improved.

At a coaching clinic years ago, Austin said his yearly goal was to have a defense which finished top five in turnovers. Pittsburgh finished tops in the league last season. Regression is expected this year but given how hard Austin has the group work at it, the Steelers stand a strong chance to meet his goal again.