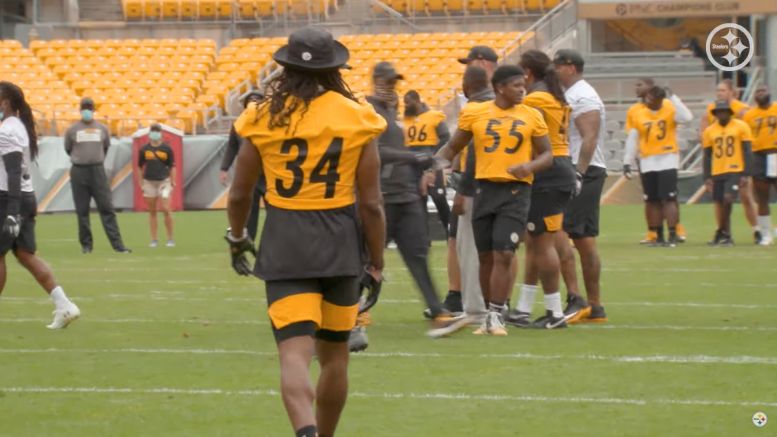 The Pittsburgh Steelers had one of the best defenses in the league last year, this despite losing one of their best starters due to injury, starting a rookie at mack linebacker, one of the most critical positions, acquiring a new, young starting free safety in-season, and breaking in multiple new starters at cornerback and linebacker.

While they did lose Javon Hargrave in free agency, everyone involved believes the defense should be even better this year. So many players on the roster had career years or resurgences like T.J. Watt, Bud Dupree, Minkah Fitzpatrick, Joe Haden, and Steven Nelson, that it’s hard to deny the potential for growth.

And they’re not shy about it. Just take a listen to what third-year starting strong safety Terrell Edmunds had to say about where the defense is heading. In fact, he started off earlier today by telling reporters when asked that “there’s really no ceiling” for how good this unit can be.

Generally regarded as one of the weakest links on a great unit, Edmunds, a 2018 first-round draft pick, knows that improvement in his own level of play can serve an important role in raising up the overall level of play for the defense.

In two seasons, Edmunds has only intercepted one pass and has not forced any fumbles. He did recover one fumble as a rookie, the same season in which he recorded an interception. Playing over 1000 snaps in 2019, he did not contribute to a single takeaway, though he had over 100 tackles (albeit with just two for lost yardage).

While he has taken too much flak generally for his play, as he has been a serviceable starter, he knows more than anybody that he needs to step up his game. Having greater stability around him, and another year of maturity, I believe will help drive him to better.

The secondary doesn’t need him to be great when they already have Fitzpatrick, Haden, and Nelson around him, and a top-five pass rush to boot. As long as he isn’t making mistakes, and capitalizing on the opportunities that are thrown into his lap, he should be fine.