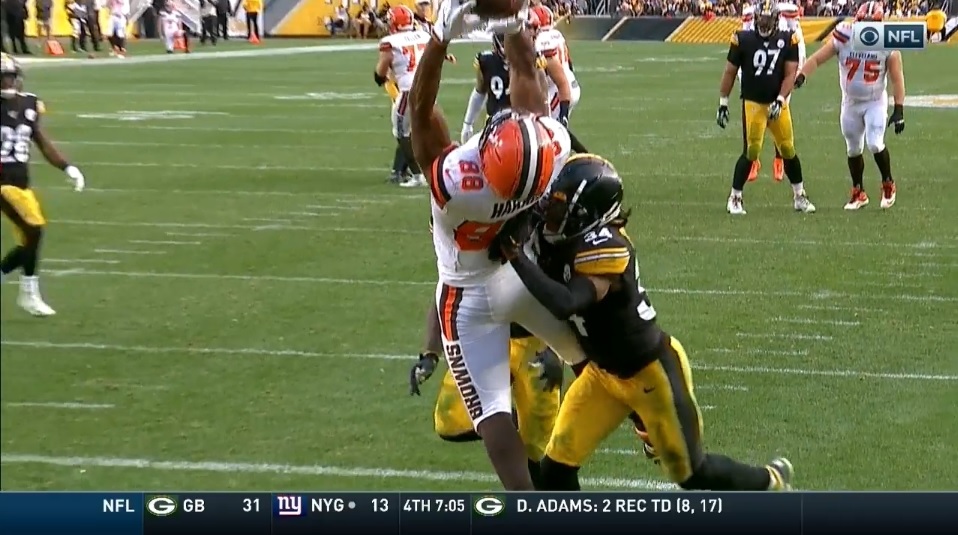 Terrell Edmunds made strides as a sophomore. But there’s still one elephant in the room. Through two seasons, he’s forced just two takeaways, an interception and a fumble recovery. Both came his rookie year, meaning he missed out on recording a single takeaway on a defense that recorded a league-leading 38 of them. He’s on a mission to not make that drought two years running.

Edmunds spoke to reporters Friday and said his goal is to capitalize on missed 2019 chances.

Ball skills is the #1 negative working against Edmunds. Quarterbacks had a field day when targeting him in 2019, putting up a QB rating of 139.6 according to our defensive charting. That was second highest of any Steeler, only ahead of Kameron Kelly. It’s problematic when Edmunds has as many interceptions – one – as his brother who’s a running back.

A successful player, and by extension a successful defense, is one who can create turnovers. The rules and schemes of a modern NFL and offense means they’re going to move the football. They’re going to put up yards and points. There won’t be another 1976 Steelers’ defense, pitching shutouts left and right. Great defenses by today’s definition are ones who win situational football (red zone, third down, end of half/game) and ones who take the football away.

Edmunds needs to join the rest of the secondary in making splash plays. Not to level of Minkah Fitzpatrick, it’s unreasonable to expect such, but certainly getting on the turnover scoreboard would be nice. Earlier this year, we set his 2020 goal of recording at least one interception, one forced fumble, and one fumble recovery.