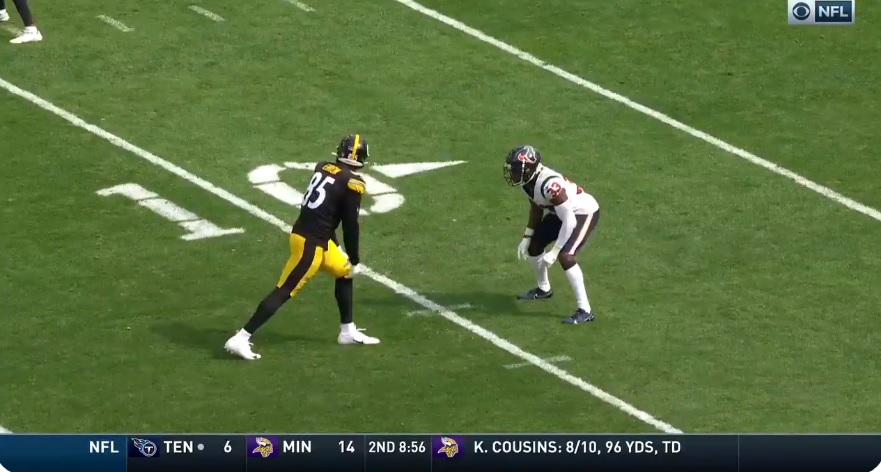 Winners and losers from the Pittsburgh Steelers Week Three 28-21 win against the Houston Texans.

Ben Roethlisberger: Roethlisberger dueled with Deshaun Watson in a fantastic matchup of old money vs new money. The deep ball wasn’t effective but everything else was. Roethlisberger was sharp on timing routes underneath, again moved the offense in a two-minute drill, and his back shoulder throw to Eric Ebron was money. He even rushed for a would-be first down had the refs spotted and then reviewed it properly.

Anthony McFarland: McFarland made the most of his first NFL snaps today. His first NFL touch went for seven yards, he followed that up with a 20 yard run later on, and showed the Steelers’ screen game can be successful. Infused speed in a run game lacking it.

Stephon Tuitt: Tuitt looked like his pre-injury 2019 self. He took over one second half series with a run stuff and a sack. He finished the game with four tackles and three QB hits.

Chukwuma Okorafor: Credit to Okorafor. Much tougher matchup this weekend with JJ Watt. But Okorafor seemed to do well. It was the left side of the line that was the issue, not the right. He also got good pushes on downblocks on gap runs to the right side.

Marcus Allen: Can’t forget about special teams. Allen had two tackles on kick coverage, including a first one that may have saved a big runback. Nice to see him make an impact there after such a quiet first two years in the league, struggling to even get on the roster, let alone a hat on gameday.

Eric Ebron: Steelers got their money’s worth out of Ebron today. Grown man back shoulder grab on 3rd and goal for the team’s firs touchdown of the day. Not an easy play to make but he hauled it in and stayed inbounds. Sunday was his most productive as a Steeler. He finished the day with five catches for 52 yards and that score.

Ray-Ray McCloud: Definitely an exciting player to watch. Dynamic on kick returns, came close to another big one today, and filled in well for Diontae Johnson, turning nothing into something for a 12 yard gain. Even got a few snaps on offense, mostly as a decoy.

Vince Williams: Another solid game from Williams. Steady run defense, absolutely blowing up David Johnson on one run, with one of the defense’s five sacks on Deshaun Watson. Unfortunately got matched up with Brandin Cooks in coverage, carrying him vertical, but Watson missed the would-be touchdown.

James Conner: Another big game for Conner. 18 carries, 109 yards (an excellent 6.1 average) and a touchdown. Helped close out the win for the black and gold.

Steven Nelson: Nelson certainly not having the fantastic season he did a year ago. After not allowing a touchdown last season, he’s given up two in the first three weeks. Today’s was a killer, an end-of-half jump ball caught by Will Fuller. Nelson was in decent position to make the play but didn’t finish it.

Diontae Johnson: Not holding his concussion against him and Johnson’s proven to be someone who bounces back from early mistakes. The problem is he keeps making those early mistakes. Today’s was a mental error, fair catching a punt on his own four instead of letting it bounce into the end zone.

QB Contain: Keeping Watson in the pocket isn’t easy. But the Steelers didn’t get the job done, letting him extend plays, move the pocket, and step out of sacks. Problem is some of the top QBs in football are of the Watson mold, including three mobile AFC North throwers in Jackson, Mayfield, and Burrow. Road doesn’t get any easier the rest of the way.