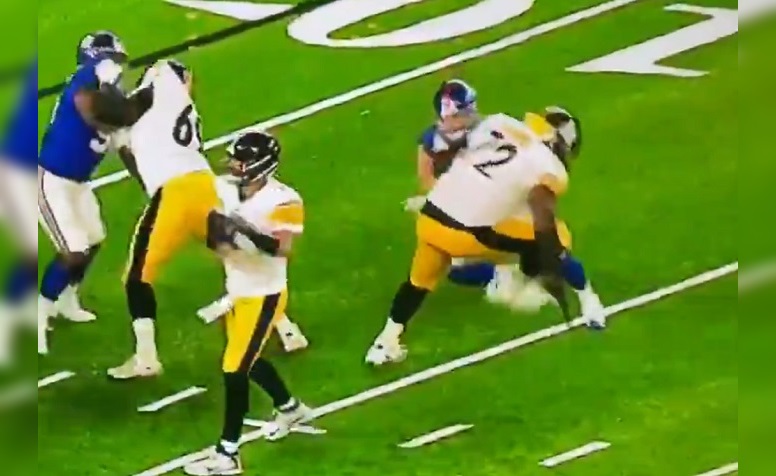 The Pittsburgh Steelers may have suffered their first serious injury of the 2020 season as right tackle Zach Banner has been carted off with a right knee injury.

Banner, who was making his first career start at tackle Monday night against the New York Giants, suffered his knee injury during a fourth quarter pass play that resulted in a touchdown from Ben Roethlisberger to JuJu Smith-Schuster. It looked like maybe Banner’s right foot stuck in the turf on the play.

After making it to the sideline several minutes after suffering the injury, Banner was being consoled by his teammates and he was visibly upset. Not long after that, Banner was carted off to the locker room. Chukwuma Okorafor will replace Banner at right tackle.

Steelers head coach might address Banner’s injury after the game. The Steelers led the Giants 26-10 at the time of the injury.