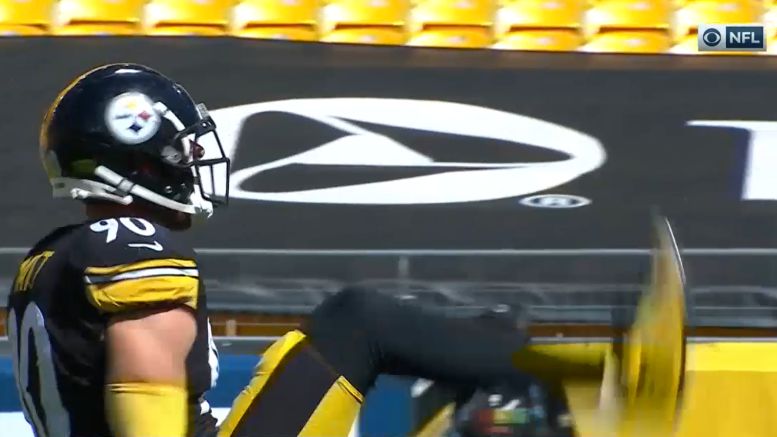 Pittsburgh Steelers outside linebacker T.J. Watt had a fine showing in the teams Week 2 home game against the Denver Broncos as the former first-round draft pick out of Wisconsin registered 2.5 sacks, 4 total tackles, and 4 quarterback hits in the team’s win. On Wednesday, Watt was named the AFC Defensive Player of the Week for Week 2 for his play against the Broncos.

In the 49 regular season games that watt has now played in he’s registered 37 sacks, 182 total tackles, 4 interceptions and 15 forced fumbles. He’s now had seven games in which he’s registered two or more sacks in as well.

Watt also now has 25.0 sacks in 25 career games at Heinz Field and he has collected at least half a sack in 14 of the last 15 home games, including 11 straight games. Only three players in NFL history have more sacks over their first 25 career home games.