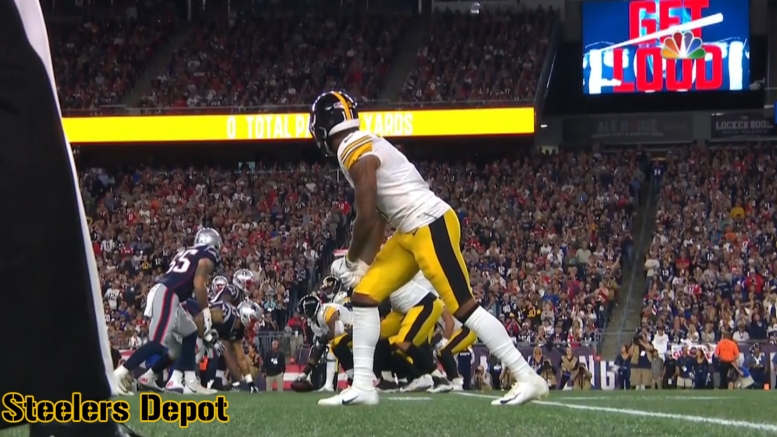 The Pittsburgh Steelers have their hopes tied to quarterback Ben Roethlisberger coming back and playing healthy. But they don’t necessarily need him to come back and be Super Man, taking over games and dominating teams with a 30-points-per-game offense, something that they have never had.

That is because, for the first time in about a decade, the Steelers can actually claim to have a championship-level defense. It was enough to get them to 8-8 last season with arguably the worst quarterback play in the league. Slap on mid-level quarterback production and that can easily flip them into a 12-4 team or better.

Still, not everybody is immediately buying the Steelers’ offense. Pro Football Focus, for example, recently ranked them 21st in the league, just behind the Cleveland Browns and the Cincinnati Bengals (and way behind the Baltimore Ravens, of course).

“Many will take issue with Pittsburgh coming in at No. 21, but we mustn’t forget that there is no guarantee Ben Roethlisberger gets back to his prime form”, writes Anthony Treasch. He notes that, at least by the site’s reckoning, he “started to show some signs of decline in 2018”, during which he threw for over 5000 yards and 34 touchdowns, both franchise records.

“His increase in rate of negatively graded throws was concerning given his age, lowering his rank in that metric to 28th in the NFL from sixth in 2017”, he went on. “When throwing at or beyond the sticks in 2018, Roethlisberger produced the NFL’s fourth-worst rate of uncatchable passes thrown”.

The bulk of the Steelers’ section focuses on Roethlisberger, but one can easily counter that his repaired elbow should be able to bring him to at least the level of play of 2018, which with this defense would have easily been sufficient to lead an offense that was in the top half of the league.

In fact, the only mention of JuJu Smith-Schuster after his poor 2019 campaign was positive, “poised for a bounce-back year”, noting that he was hurt more than most by the quarterback play, with only 31 percent of his targets 10 yards down the field or more graded as accurate passes, among the lowest in the entire NFL.

Also mentioned are Diontae Johnson, who was a PFF favorite before the Steelers even drafted him, and noting the addition to Chase Claypool. Interestingly, there was no mention of Eric Ebron, whom the site was high on for Pittsburgh. He is only a year removed from a Pro Bowl season with 13 scores.

I can understand the skepticism and hesitation surrounding the offense this year before we get going. There are definitely some question marks. But I believe that, provided relative health, not even talking about Roethlisberger, this is a top-10 unit, and will be viewed that way by the end of the year.