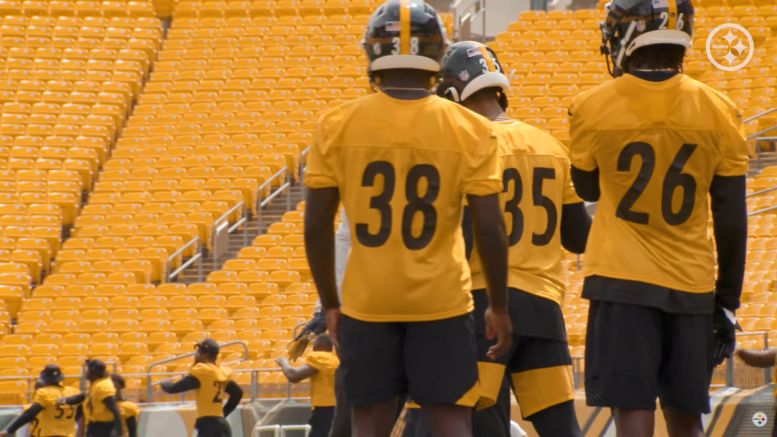 There was a while, it seems not too long ago, that the Pittsburgh Steelers were having a hard time bringing in undrafted free agents who showed enough to make a push for the 53-man roster. That trend has swung in the opposite direction in recent years, continuing in 2020 under adverse circumstances with Florida Atlantic product James Pierre making the team at cornerback.

He follows one of the more successful classes in 2019, with Fred Johnson and Tuzar Skipper making the team outright. Skipper, of course, was subsequently waived and claimed off waivers, though he would make his way back to the team. Johnson was with the Steelers until an injury need caused them to expose him to waivers, also since claimed. Devlin Hodges was brought back a week into the season and played in eight games with six starts.

The year before that, two more undrafted free agents would make the team, with Olasunkanmi Adeniyi, who is still around as one of four outside linebackers on the roster, and Matthew Thomas, an inside linebacker, who spent the majority of the year on the 53-man roster before being demoted to the practice squad. He was not with the team last year.

That is now three seasons in a row in which the team has had at least one undrafted free agent make the roster. That broke a streak of two years in which none did, and the only reason it didn’t happen in 2015 was because they briefly kept wide receiver/quarterback Tyler Murphy on the initial roster due to injuries. He did catch a pass in the season opener, but spent just a couple of games in total on the roster.

Outside of that rare blip with Murphy, the Steelers had no undrafted rookies make the team between 2014 and 2016, a three-year draft spell, though they had success with former undrafted players during that time who were making the team for the first time, such as Alejandro Villanueva, Mike Hilton, Roosevelt Nix, Jordan Dangerfield, Chris Hubbard, and B.J. Finney.

Carving a path as an undrafted free agent is never easy. Many do make it, but that’s largely because of the odds. As many or more players sign contracts to offseason rosters every year as college free agents relative to the number of players who are drafted. I would guess that 10 percent or worse actually make a 53-man roster as rookies. But those who do make it frequently play a big role.

And this is to say nothing of the fairly recent past, like Ramon Foster and James Harrison, Robert Golden and Terence Garvin, B.J. Finney and Chris Hubbard, Ryan Clark and Eli Rogers, Steve McLendon and L.J. Fort. You never know what a player is going to evolve into once he has his foot in the door. Pierre is the latest to be given that opportunity. What he makes of it is up to him.