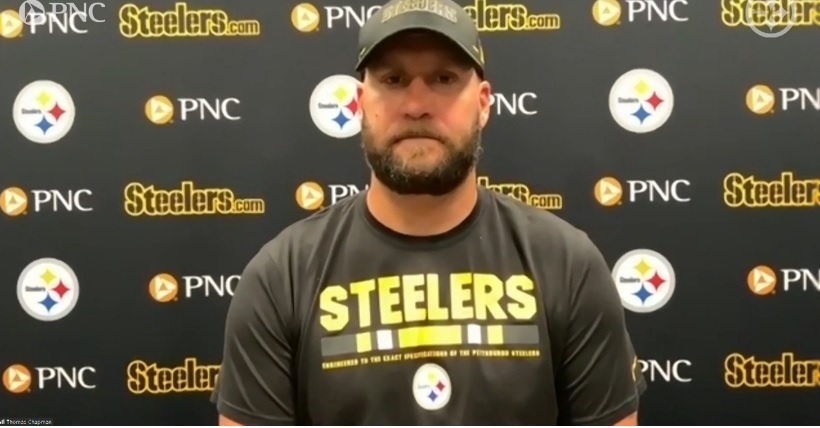 Ben Roethlisberger’s never been one to talk much about his mechanics. He’s always been physically blessed with a strong arm, big frame, a Brett Favre-esque mentality of rolling out of bed and slinging the football. There’s no arguing with the results. Two-time Super Bowl champ, slam-dunk, first ballot Hall of Famer. But coming off his elbow surgery that required him to work from the ground up learning to throw again, Roethlisberger has seemed to lean a little more on mechanics and technique.

Speaking with reporters Wednesday morning, Roethlisberger explained the little things he has to work on to play better.

“I do feel I got a little lazy with my feet, which then in turn, translated to a lazy arm,” he said via Steelers.com. “There were some throws that I kind of dropped my elbow. I don’t want to get too technical, but it became more of a three-quarter release instead of an over the top when I didn’t need to. There are obviously times you have to change your release point.”

Roethlisberger had three passes batted down at the line of scrimmage, an unusually high amount for a 6’5 quarterback. Roethlisberger didn’t directly attribute arm angle to that issue though it’s logical to believe that played a factor on those throws. He’ll have to clean that up before Sunday’s game against Houston facing JJ Watt, whose batted down 55 passes in his career.

It wasn’t just arm Roethlisberger was focused on. It was his lower half too.

“There were too many throws, I felt looking back, that I just have to get my feet working better, and that will then translate, hopefully, to the rest of the body. Then, I won’t be guiding some of the throws. That’s, to me, the biggest thing I’m going to work on today, even though it’s an off day. I’m going to really work on my feet and kind of starting it there with translating the rest of my body.”

Throwing the football starts from the ground up. Feet, hips, putting enough torque and rotation into throws. Making sure the front toe is pointed where the ball is going, not where the receiver is at. Clean mechanics is the key to consistency. Roethlisberger was played well enough in his first two starts but the offense has still sputtered and left plenty on the table. He and the rest of this unit will have to step it up as they face a tougher Houston Texans’ team desperate for a win.