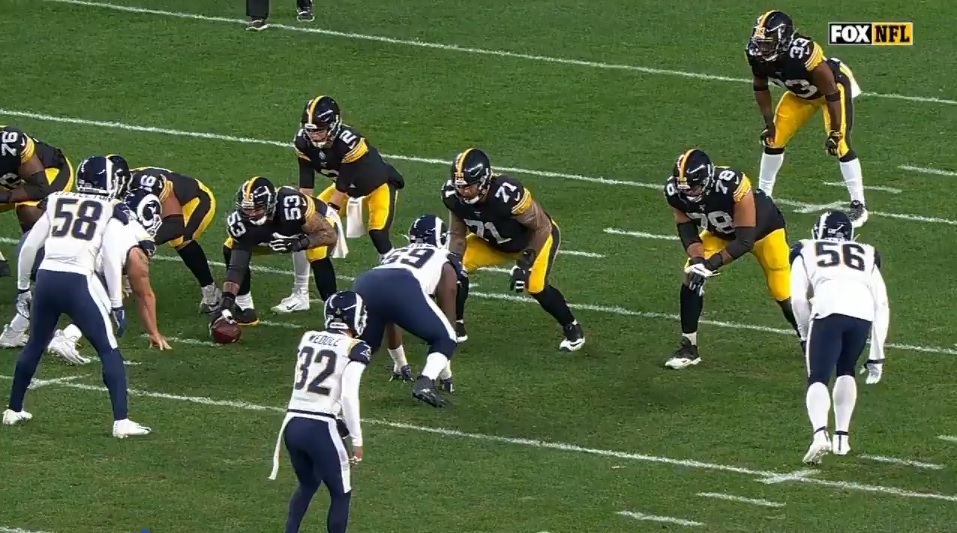 For almost a decade, the man who lined up left of Maurkice Pouncey was Ramon Foster. That changes in 2020 with Foster announcing his retirement. Now, Matt Feiler will be the Pittsburgh Steelers’ left guard. Feiler isn’t a stranger to the team, making for a relatively easy adjustment for a vet like Pouncey.

“With Matt, it’s coming along really easily,” Pouncey said in a Zoom interview via Steelers.com. “We’ve been around each other a long time. He’s obviously a strong player. He can move really really well. He’s locked into the offense. He knows the ins and outs, how we block and how we protect.”

Week 1 against the Giants won’t be Feiler’s first start alongside Pouncey. Feiler shifted inside against the Los Angeles Rams last season and has worked as the starting left guard throughout camp. Even during the 2019 training camp with Chukwuma Okorafor and Zach Banner getting plenty of work on the right side, Feiler soaked up plenty of reps at left guard as Foster was given a healthy dose of days off. Feiler’s known for his strength and football IQ, you don’t get to be as versatile as he is without a good head on your shoulders, so the transition should be fairly seamless.

Pouncey was also asked about two new faces. Veteran swingman Stefen Wisniewski, signed in the offseason, and rookie Kevin Dotson, drafted in the fourth round.

“I know Wiz is a veteran player, he really, really smart guy. He knows the ins and outs of football. He knows how to adjust whenever blocks, come and things like that. But it’s good to have another voice in there that can talk a little bit deeper about defenses and understand that the true game,”

Wisniewski is a closer replacement to BJ Finney than Foster but like Foster, Wisniewski brings a veteran presence to the room. He also brings some hardware, part of two of the last three Super Bowl winning teams.

“Dotson, he’s a younger guy. He’s trying to learn and he’s very, very strong, powerful he can move well. Obviously when you’re a young guy, you’re doing a whole bunch of wild stuff, but I think he’s going to be a great player here pretty soon down the line.”

His rookie season may effectively be a redshirt one especially after missing part of training camp with a knee injury. Dotson returned to practice days ago but there would have to be multiple injuries for him to get inserted into the lineup. David DeCastro, however, remains out of practice with an unspecified lower body injury so that’s something worth monitoring.