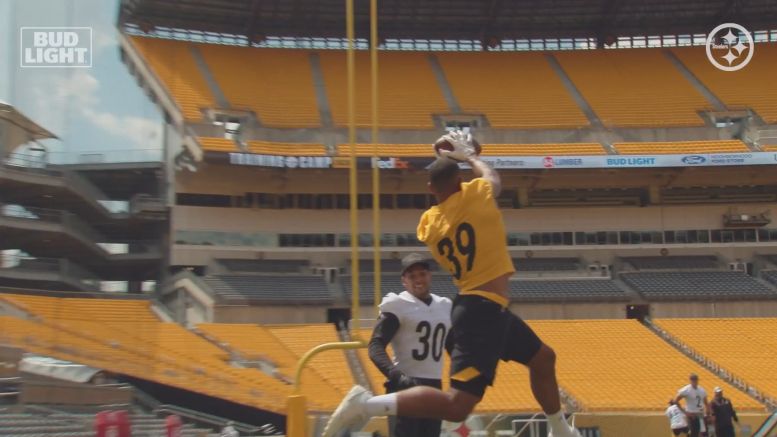 Minkah Fitzpatrick did not become a part of the Pittsburgh Steelers’ defense until the third week of the 2019 season. He had no familiarity with the way that they ran things, but, while they did simplify things, including his assignments, to ease his introduction into the system, his level of play was remarkable under the circumstances.

In 14 games, he recorded 47 tackles, with five interceptions, a forced fumble, and two fumble recoveries, scoring a touchdown on a pick six and a fumble recovery as well. He was named to the Pro Bowl, and then placed on the first-team All-Pro list on top of that.

And now he’ll be entering a season in which he was able to have a full integration period into the defense, the scheme, and into the locker room and team culture. In other words, there’s no reason to believe that he shouldn’t be an even better player this season.

Last week, he contrasted his time with the Steelers last year to his level of comfort entering year three in his career. “This year is just total opposite ends of the spectrum”, he said. “I didn’t know the playbook at all. I didn’t know my teammates very well. This year is a different story, the total opposite. I had a whole offseason with my teammates, a whole offseason with my teammates and the playbook”.

Of course, improvement from one year into another isn’t about statistics, per se. It can manifest that way, sure, but the tape is what truly tells the story. But how much better could Fitzpatrick reasonably be expected to play, relative to what he already accomplished last year?

Consistency, for sure, would be the primary area of growth, I think. Being a better communicator and leader on the field, being able to place his teammates in better position to make plays, will be a part of his development in his first full year in the system, as well.

It’s also important to remember that familiarity goes both ways. It’s important for Fitzpatrick to be more familiar with his surroundings, but it’s also important that his teammates feel more familiar with him. Earlier this year, he said that the communication has been much better, that they can communicate with looks and gestures instead. That, too, will be a part of his growth that won’t show up on the stat sheet.