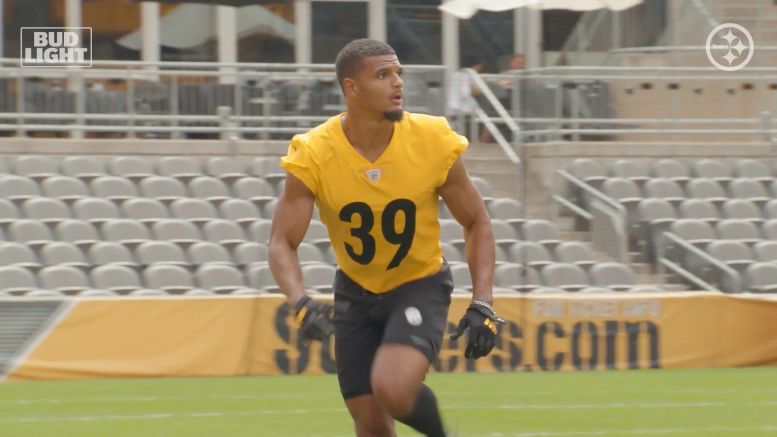 It’s rare for a player acquired in a mid-season trade to make the type of impact Minkah Fitzpatrick made for the Pittsburgh Steelers a year ago. Part of that is simply because Fitzpatrick is a fantastically talented player. But part of that is the Steelers’ ability to create a scheme that’s simple enough for new faces to pick things up quickly, letting them use their athleticism and instincts as opposed to over-thinking.

That’s how Fitzpatrick described the Steelers’ defense in a Thursday interview with Sirius XM Radio’s Movin’ The Chains.

“I was definitely blessed to land in this spot with the Steelers and Coach Tomlin,” Fitzpatrick told hosts Pat Kirwan and Jim Miller. “I was appreciative of them coming down and getting me and what they did for me. But like you said, I don’t think I could have landed anywhere else. They allow me to just play with my instincts. They allowed me to play fast. They allow me to not have to think about a whole lot and just go out there and play ball. You know what I’m saying? And that’s when I play my best ball. So it was good to just be able to do that.”

Keith Butler and company have prided themselves on running a simplified scheme that doesn’t significantly change week-to-week. The goal is to play their best people, their best scheme, a man-heavy defense with a ferocious pass rush and now, a ball-hawking secondary. Fitzpatrick served as the missing piece.

Playing in Pittsburgh was a stark contrast to what the Miami Dolphins asked him to do. Dolphins’ head coach Brian Flores envisioned Fitzpatrick as Patrick Chung, the Patriots’ strong safety Flores coached in New England. But Fitzpatrick wasn’t as built or as physical and not suited to consistently play in the box. It also hampered his ability to make plays in space and utilize his natural playmaking.

When the Steelers acquired him, they immediately moved Fitzpatrick to a full-time, free safety role. He would only play 2% of his snaps as a box safety. That switch paid off and Fitzpatrick picked off five passes, becoming the first Pittsburgh DB to intercept at least four passes in a season since Troy Polamalu a decade ago.

While the Steelers may move Fitzpatrick around a little more this year, they don’t plan to fix what isn’t broken. Led by Fitzpatrick, the secondary figures to be among football’s best for a second straight year.