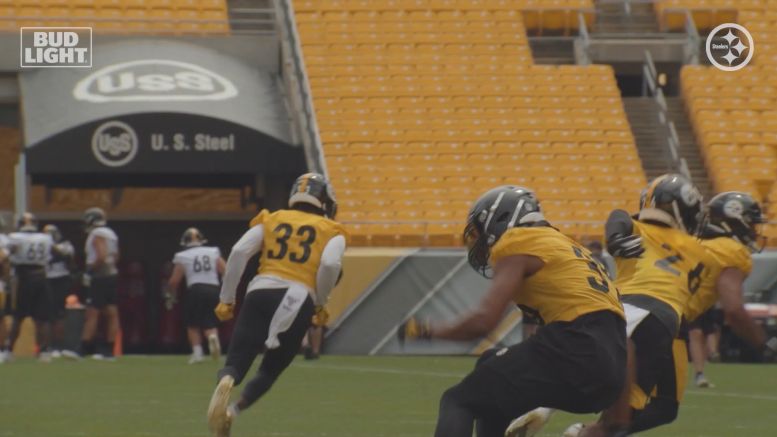 Defensive communication, and in particular the need for improvement in this area, has been a topic among Pittsburgh Steelers fans from the first game of the Keith Butler era as defensive coordinator. While they have made strides each year in that area, mistakes still arose last season.

Free safety Minkah Fitzpatrick, now entering his first full season with the team, believes that they were able to improve upon their communication a lot, based on what he has seen in practice, and in one key area in particular.

This is actually not the first time this offseason that Fitzpatrick has mentioned working on ‘second communication’, and it’s quietly one of the things I’m most excited about this year. Back in May, the told the team’s website that “working on that second level of communication after guys move, after the offense adjusts” was a big emphasis for the team during the offseason, and it’s good to hear a follow-up answer after training camp confirming that that was the case.

“This year, I feel like we’re way, way better at that. We worked on it, we made it a focus. People can move all over the place and everybody’s talking, everybody’s communicating, everybody’s confident out there”, he said. “So I think it’s definitely possible to [measure it]. You’re not gonna know exactly where you’re at, obviously, because it’s not live bullets out there, but you could get a good feel of what you need to work on and what you don’t”.

Using pre-snap motion to put defenses in inopportune positions is something that a lot of the best offenses do. The New England Patriots under Tom Brady used to embarrass the Steelers defense perennially doing this.

Now with Matt Canada helping to bring in pre-snap motions to the Steelers’ offense, the defense will actually have that look to practice against and to see before they get into a game, so there’s really good news on both sides of the ball.

Accumulating talent on defense is only one part of the equation of building a great unit. Making them a cohesive whole and getting them all on the same page is the other big component. I’d like to trust that what Fitzpatrick is seeing out there matches the reality of what we will see on the field in 2020.