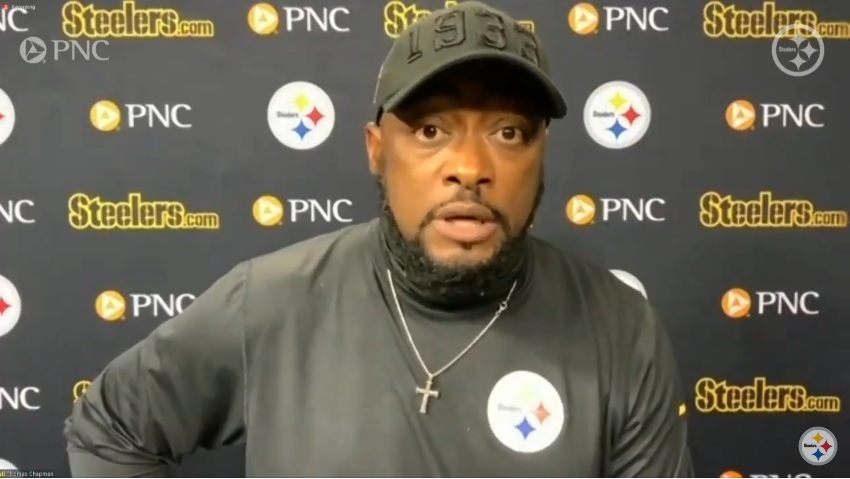 No one knows if the Pittsburgh Steelers will play the Tennessee Titans this Sunday. But Mike Tomlin is preparing as if his team will. Tomlin said the league has told him and the rest of his team to prepare as if this weekend’s game will occur as scheduled.

“We’ve been given a mandate to prepare as if the game is going to be played and played on time,” Tomlin said in his Tuesday presser, itself postponed from noon to 6 PM. “That is our mentality. We’ve gone about today’s business from a game planning standpoint with that mentality. And we intend to push into tomorrow with a normally scheduled Wednesday and our slate of work for Wednesday.”

Current indications are the league will attempt to play the game Sunday at 1 PM like initially planned. That’s all subject to change but even if the game is moved, it’s likely to be pushed to Monday night as opposed to moving the game to a different week.

As Tomlin admitted though, the league hasn’t offered much in the form of clear answers.

“We don’t have a lot of definitive answers of what long-term the prognosis looks like.”

Tennessee is going through additional COVID testing and contact tracing. They officially placed three players on the Reserve/COVID list, including their starting long snapper Beau Brinkley. It’s highly unlikely those players get cleared should Sunday’s game be played.

Tomlin went on to explain he’s made it clear to the team what an unusual season 2020 could turn out to be.

“We’ve talked openly throughout this process that 2020 is going to have its challenges. We gotta be light on our feet, be ready to adjust and have a hardcore plan. We’re ready to live that out. We understand the uncertainty, but we gotta have a high level of professionalism and singular focus in spite of that. And those are our intentions.”

If the game were to be moved, it would be one of just a select few games postponed in recent NFL memory. Natural disasters like hurricanes or severe snow storms has altered schedules before. In 2004, the Steelers/Dolphins game was delayed from 1 PM to 8:30 PM later that night due to Hurricane Jeanne. The Steelers won that game 13-3 in what was Ben Roethlisberger’s first career start. Week 2 games were postponed in 2001 after 9/11. Those games were made up in January. Labor strikes also caused cancellations in 1982 and 1987.

But obviously, the league has seen nothing like this before. The last global pandemic, the Spanish Flu of 1918, winded down just as the upstart NFL was formed in Canton Ohio in 1920.